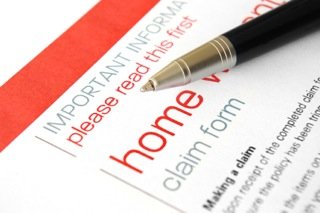 The suit, initiated on behalf of all current and former policyholders since March 2009, alleges that the Defendant companies advertise on the web that “accidental overflow of plumbing fixtures” is a covered peril (termed an “overflow”), but began denying payment of these claims to save millions of dollars per year in payouts. Specifically, the Defendants’ claims department and claims personnel were instructed in or around March 2009 to begin treating all water damage claims as “backups.”

While an overflow originates from a plumbing condition or failure inside the home, a backup originates from an external source, like the municipal sewer system. According to the plain language of Defendants’ homeowners’ policies, property damage caused by an overflow is covered up to the policy limit, while damage caused by a backup is covered only up to $5,000, or $10,000 with the purchase of an additional rider.

By self-servingly treating all water damage claims as backups, Defendants have avoided the cost of investigating these claims and have limited their payouts to $5,000 per incident.

If you are a policyholder who has been denied coverage under this exclusion or are a lawyer representing a party who would be best served as a member of the plaintiff class, please contact Sommers Schwartz attorney Jason J. Thompson at (248) 415-3206 or jthompson@sommerspc.com.

Jason Thompson is a nationally board certified trial attorney and co-chairs Sommers Schwartz’s Complex Litigation Department. He has a formidable breadth of litigation experience, including class action and multidistrict litigation (MDL), and practices nationwide in both state and federal courts.
View all posts by Jason J. Thompson →