Construction spending in the U.S. hit a ten-year high last year, and the backlog of planned construction projects is expected to continue to increase in 2017. That means construction companies will continue to struggle to find qualified workers, and the temptation to cut corners on safety could grow as they rush to capitalize on the… END_OF_DOCUMENT_TOKEN_TO_BE_REPLACED 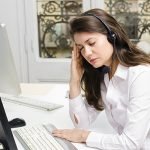 The thought of sitting in what should be the driver’s seat of your car while reading a book or sending a text message to a friend as you cruise along at highway speeds might seem too farfetched to be anything more than science fiction. The reality is that such vehicles are currently being tested on… END_OF_DOCUMENT_TOKEN_TO_BE_REPLACED

Many people know that heart disease and cancer are the two leading causes of death in this country, but it may come as a surprise to find out what the third one is: medical error. About 150,000 people die each year from a cause directly related to their medical care, according to a recent study… END_OF_DOCUMENT_TOKEN_TO_BE_REPLACED 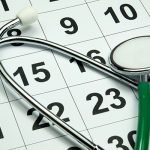 It’s the one question that an experienced birth injury lawyer will always ask – “Was your baby born on a weekend?” While some obstetrical health care providers deny there is any reduced quality of care and increased risk of injury in weekend deliveries, with every potential new case, one of the first things a seasoned… END_OF_DOCUMENT_TOKEN_TO_BE_REPLACED

As healthcare costs in the U.S. continue to skyrocket, insurance companies are scrambling for any way possible to cut their expenses. That budget-consciousness has fueled the growth of telemedicine, in which patient and doctor communicate remotely – via videoconferencing or some other electronic means. Today, telemedicine is being used for everything from diagnosing the common… END_OF_DOCUMENT_TOKEN_TO_BE_REPLACED 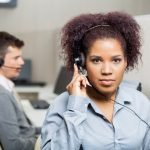 Allegations have been made that One Contact Inc., a provider of business process outsourcing services, may be withholding compensation from its brick-and-mortar call center agents and customer support representatives. If proven, this denial of wages and overtime pay violates the federal Fair Labor Standards Act (FLSA). CALL US 1.800.783.0989 Free Consultation Specific reports have surfaced… END_OF_DOCUMENT_TOKEN_TO_BE_REPLACED

According to the American Society of Plastic Surgeons, nearly 16 million cosmetic procedures were performed in the United States in 2015. About 2 million of these were surgeries, with the most common being breast augmentation, liposuction, nose reshaping, eyelid surgery, and tummy tucks. Nearly 50 percent of cosmetic procedures are performed on people aged 40-54,… END_OF_DOCUMENT_TOKEN_TO_BE_REPLACED

Nearly 10,000 people die every year in this country in alcohol-related car crashes, according to the Centers for Disease Control and Prevention. So the problem of driving while impaired is everybody’s business. If you’ve been injured by a drunk driver, it’s important to hold that driver accountable. But does the person who sold or gave… END_OF_DOCUMENT_TOKEN_TO_BE_REPLACED

Usually, the driver who’s at fault in a car accident is the one held liable for damages. But if you’re injured by a person driving a rental car, it’s possible that the rental car company could bear at least some responsibility. About a decade ago, Congress passed a law known as the Graves Amendment, which… END_OF_DOCUMENT_TOKEN_TO_BE_REPLACED