Have you or someone you love received medical care at Sinai Grace Hospital in Detroit, Michigan? Were you or a family member the victim of a radiologist’s error, neurosurgical malpractice, or a nurse’s mistake? Contact Sommers Schwartz, P.C., today for a free consultation with an experienced personal injury lawyer.

In the aftermath of a medical malpractice injury, victims often do not know what steps to take. With growing medical bills and an inability to return to work, people do not know whether to file a claim with an insurance provider or bring a lawsuit for damages. It is best to speak with an experienced attorney to advise you about your legal rights and options.

The attorneys at Sommer Schwartz, near Sinai Grace Hospital in Detroit, will help you obtain compensation for your injuries. You pay nothing until they settle your case or win at trial.

The hospital is located at 6071 W Outer Dr., in Detroit, approximately seven miles away from the Sommers Schwartz office at 1 Towne Square, #1700 in Southfield, Michigan. 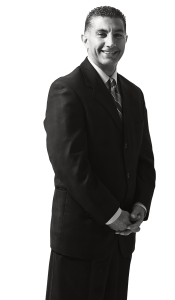