SOUTHFIELD, MI (PRWEB) – After seven years of procedural wrangling, plaintiffs claiming that Stream Energy and its Ignite marketing division swindled them through a complicated pyramid scheme will have their day in court.

On September 30, 2016, all 16 judges of the U.S. Court of Appeals for the Fifth Circuit ruled in a rare en banc decision that a lawsuit by 160,000 Stream sales agents could proceed as a class action. The ruling not only reversed a district court decision, but also a previous decision from a three-judge appellate panel in the matter – Torres, Robison, et al. v. SGE Management, LLC, et al. (Case No. 14-20128) 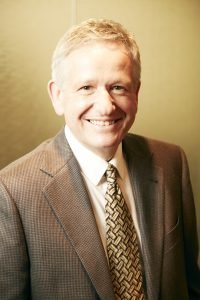 “This is a significant victory for the plaintiffs who have patiently maintained their resolve for so long,” said Andrew Kochanowski, an attorney with Sommers Schwartz, PC who represents the plaintiff sales agents along with Matthew Prebeg of Houston-based Prebeg, Faucett & Abbott, PLLC and Eric Citron of Goldstein & Russell, PC in Bethesda, Maryland. “Despite the procedural obstacles and setbacks we’ve endured, the Fifth Circuit judges ultimately did the right thing.”

“Pyramid schemes are inherently deceptive and difficult for an ordinary person to detect. That is why so many innocent people become victims when they are simply looking for an honest way to earn money,” added Mr. Prebeg.

According to court documents, Stream Energy and its Ignite marketing arm were formed in 2004 with the intention of reselling gas and electricity to Texas customers, but by Stream’s own admission, Ignite operates as a multilevel marketing program that required sales representative to purchase a “Services Program” for $329. The “Independent Associates” then recruit others into the Services Program, sign up customers to switch their gas or electricity services to Stream, and are asked to pay a recurring fee for websites to promote their sales efforts. In an internal company document referenced in the September 30, 2016 opinion, the defendants’ CEO characterized the payment structure as a “pyramid” in which “[t]here are Peters here to rob for the purpose of paying Paul.”

Because the IA’s are only compensated according to the number of individuals they enlist to purchase the Services Program and not by their sales revenue, two Stream sales agents brought a lawsuit on behalf of other IA’s under the Racketeer Influenced & Corrupt Organizations Act (RICO). The suit alleges that SGE Management, LLC and other entities behind Stream Energy induced the plaintiffs to participate in an illegal pyramid scheme by misrepresenting that Ignite is a legitimate business opportunity and defrauding the plaintiffs to the point that all have lost or will soon lose their investment in the Services Program along with additional monetary losses.

The district court initially granted class certification, which the defendants appealed to the Fifth Circuit. In an October 16, 2015 opinion, the three-judge Court of Appeals panel de-certified the class, finding that questions regarding individual plaintiffs’ reliance on the defendants’ alleged fraudulent representations predominated over any common issues, and thus failing to meet the threshold for class action certification under Federal Rule of Procedure 23(b)(3).

The plaintiffs moved for reconsideration, and a year later in what Mr. Kochanowski describes as “an exceedingly and exceptionally rare turn of events,” all 16 judges of the Firth Circuit participated in the decision to reverse the October 2015 ruling from the appellate panel and affirm the district court’s certification of the plaintiff class.

The total number of Independent Associates includes more than 240,000 people, but approximately 80,000 of them are precluded from joining the class action due to arbitration clauses in their contracts with Stream.

This lawsuit is one of many brought by Sommers Schwartz and Prebeg, Faucett & Abbott involving claims of fraudulent sales and business practices. In July 2014, the two firms initiated a class action lawsuit against Michigan-based weight-loss shake seller ViSalus, Inc., a bevy of its owners, and outside promoters over allegations that ViSalus recruited 100,000 new distributors as part of a pyramid scheme, after which the company’s principals pulled out more than $80 million. In March 2015, Mr. Prebeg and Mr. Kochanowski, with attorneys from Williams Kherkher Hart & Boundas LLP in Houston, filed a class action against six major airlines operating between the United States and Mexico claiming that the companies levy an improper tourism tax against Mexican citizens, and then pocket the tax funds.