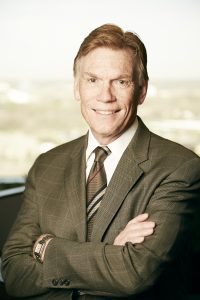 SOUTHFIELD, MI – On November 1, 2016, Sommers Schwartz senior shareholder Robert Sickels and associate Parker Stinar persuaded a Wayne County jury that Alice Mays, a graphic artist, died because Detroit Medical Center physicians to whom she entrusted her care overloaded her with fluids after a five-hour surgery to remove a bowel obstruction. The result was a $1.7 million verdict for the deceased patient’s estate and her three siblings.

According to the lawsuit, Alice Mays presented to the Sinai-Grace Hospital Emergency Department on January 12, 2011 complaining of nausea and vomiting over the previous four days. X-rays demonstrated a bowel obstruction, and due to dehydration and low urine output, she was given three liters of normal saline in the emergency department and then was taken to surgery.  During the operation to remove a benign obstruction of the large bowel, she was administered another six to seven liters of fluid.  Despite the infusion of ten liters of fluid before and during the procedure, Ms. Mays still had produced scant urine and was obviously suffering from kidney failure. 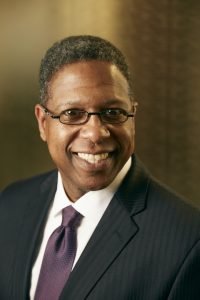 Ms. Mays was then transferred to a surgical intensive care unit where she was infused with another 24 liters of fluid in an apparent effort to stimulate kidney function. She continued to deteriorate, and was taken back to the operating room the next day to search for an explanation for her declining condition, such as bowel infection. The moment the surgeon opened the abdomen, Ms. Mays suffered a cardiac arrest. Rather than and infected bowel, the surgeon found abdominal organs swollen with excessive fluid. CPR was initiated and her heart rate restored, but she suffered extensive brain damage that prevented her from regaining consciousness. Family members requested her transition to comfort care on March 7, 2011, where she remained without improvement until her death on March 23, 2011.

“Apparently, no one was doing the math as to the amount of fluid that was being infused from the ER to the OR to the SICU,” said Robert Sickels. “Despite being infused with almost 34 liters of fluid, Ms. Mays produced virtually no urine, and the fluid had nowhere to go except into her lungs and abdomen. The surgeon should have called a kidney specialist, and she should have stopped the fluids because it was clear from her vital signs that the fluid was causing more harm than good. If standard medical care had been provided, Ms. Mays would have left the hospital the same way she arrived – walking.”

Mr. Sickels took the lead at trial after Kenneth Watkins, the Sommers Schwartz senior shareholder who initially filed the lawsuit and conducted all of the pre-trial discovery, was scheduled to try another wrongful death case, which ultimately resolved in a multi-million-dollar settlement, at the same time.

“The medicine in this case was rather complicated in some respects, so it certainly helped that there were two emergency medical technicians and a surgical intensive care nurse among the jurors,” said Parker Stinar, who shared the trial responsibilities with Mr. Sickels.

After closing arguments, a jury of six men and two woman took only an hour-and-a-half to return a unanimous verdict in favor of the estate of Alice Mays and against the Detroit Medical Center.