Sommers Schwartz attorney Dan Swanson was recently interviewed by Bridge Magazine for an article regarding the importance of the Americans with Disabilities Act and the protection it provides to victims of employment discrimination. The following is an excerpt:

The Americans with Disabilities Act – the ADA – is as significant for disabled Americans as the
Civil Rights Act was for people of color, but for most of the able-bodied, we see it as mainly being about parking spaces and bathrooms. Can you relate a couple examples of cases you’ve handled where the ADA played a significant role? 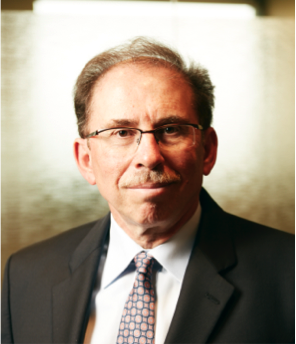 Over the years, I have represented numerous people with a wide variety of physical and mental disabilities who lost their jobs due to discrimination. But for the ADA, they would have had no means to challenge their employers’ unlawful behavior.

One recent case involved “Gary,” an HIV-positive man whose disability caused him to periodically suffer chronic or recurrent extreme fatigue, diarrhea, neuropathy, severe headaches and depression. For more than four years, Gary successfully worked for a large, nationwide retailer as a distribution center manager with an annual salary in excess of $125,000. During his first three years of employment, he was promoted, received good performance evaluations, and was regularly awarded salary increases and bonuses.

But due to job-related stress in his final year of employment, Gary’s HIV symptoms became more frequent and severe, sending him to doctor appointments that made him occasionally miss work. When his manager repeatedly denied him time off for these appointments, he submitted an intermittent leave request under the federal Family & Medical Leave Act to take the necessary time off work to deal with his illness. The FMLA request was the first time that Gary disclosed his HIV-positive condition to his employer.

Almost immediately thereafter, the manager began to harshly and repeatedly criticize Gary’s job performance, labeling him as “useless.” As a result of heightened job related stress and his worsening symptoms, Gary went out on a disability leave for three months, and on the day he returned to work from the leave, the manager fired him.

Gary filed an ADA claim in federal court under and as the trial date in his case neared, the dispute was successfully resolved for just under $400,000.

In another recent case, “Donald” had been successfully employed as a middle school principal for almost 20 years in a small town in northern Michigan. At the beginning of a recent school year, he began suffering from depression and anxiety, to the point that one day he abruptly left school as he considered committing suicide. That same say, Donald entered inpatient and mental health therapy, and followed up with outpatient counseling.

Donald took a six-week leave, informing the school district of his mental condition and disability. At the end of the disability period, when his doctors released him to return to work, the district requested that Donald first submit to an examination by its psychologist. He complied, and the district’s psychologist also determined that he was no longer depressed or suicidal. Several weeks later, the district nevertheless informed Donald that it would not permit him to return to work. The district’s rationale was that teachers, parents, and students had become aware of Donald’s disability and several had expressed concerns about his return; unless he resigned, the district would fire him. Donald refused to resign and the district, as promised, terminated his employment.

Donald’s case was also litigated in federal court under the ADA, and was successfully resolved for just under $500,000.

Without the ADA, Gary and Donald might not have any basis to challenge their firings. Employers are becoming increasingly mindful that workplace decisions about disabled employees must be based upon each individual’s capacity to actually perform the job regardless of their disabilities.

ALERT: Fall Mediation Scheduled With the University of Michigan for Survivors of Dr. Robert Anderson’s Sexual Abuse. Is a Settlement Imminent?
View more posts →
The lawyers and staff of Sommers Schwartz will be working remotely