Compensation for Injuries in Drunk Driving Accidents in Detroit

Drunk driving is a significant problem in Michigan and across the United States. No matter how safely you operate your vehicle or the precautions you take while riding as a passenger, you risk being injured in an accident caused by an intoxicated driver.

Michigan is a no-fault insurance state, meaning that if you are injured in a crash, you would first look to your own insurance carrier to cover many of your medical expenses and lost income before making a personal injury claim against the driver or the driver’s insurer. In tragic cases where a loved one is killed, the deceased’s estate may file a wrongful death lawsuit.

Data from the Michigan Office of Highway Safety Planning and the U.S. Department of Transportation regarding drunk driving accidents are shocking. Of the 314,921 motor vehicle traffic collisions in Michigan in 2017:

In Wayne County, which includes Detroit, there were 54,920 motor vehicle traffic collisions in 2017, of which 1,315 involved alcohol – nearly 13 of all alcohol-related accidents in the state. Of those crashes, 46 resulted in fatalities, and 526 produced non-fatal injuries.

Proving liability of the at-fault driver

Showing a driver was intoxicated may make it easier to establish he or she was negligent. Proof of a driver’s blood alcohol content (BAC) level may help to show a violation of the law, but it is not always necessary to demonstrate the driver’s intoxication or impairment. In Michigan, the legal BAC limits are:

To establish liability, the injured party must provide that the drunk driver’s conduct proximately caused the accident. We all know that alcohol impairs one’s ability to operate a vehicle, slows reaction time, dulls concentration, and creates vision problems, which can translate into:

Besides those behaviors, a blood alcohol or breath alcohol (breathalyzer) test will reveal the level of alcohol in the driver’s system. A police officer on the scene may require the driver to perform field sobriety tests to detect signs of intoxication.

Recovering compensation for injuries in a drunk driving accident

Michigan has specific laws and procedures for recovering compensation for injuries sustained in a drunk driving accident.

For example, an injured party can recover compensation for economic damages like medical expenses and lost wages. However, the recovery of non-economic damages such as physical pain and suffering, emotional distress, and loss of affection or companionship is subject to a specific requirement. To obtain compensation for non-economic damages, the plaintiff must establish that “the injured person has suffered death, serious impairment of body function, or permanent serious disfigurement.” Serious impairment claims are the most common, and to meet the threshold requirements, a plaintiff must prove the injury is “an objectively manifested impairment of an important body function that affects the person’s general ability to lead a normal life.”

Sometimes, a plaintiff can seek damages from a restaurant, pub, bar, or other business that served alcohol to the drunk driver. Known as a dram shop action, this type of lawsuit requires the plaintiff to prove 1) that the establishment unlawfully sold, gave, or furnished alcohol to a visibly intoxicated person, and 2) that the provision of alcohol to that person caused or contributed to the claimed injury or death.

Time is of the essence when bringing a drunk driving lawsuit in Michigan. A person injured in an auto accident (or his or her estate if a wrongful death occurs) has three years to bring the personal injury suit. A plaintiff must file a dram shop action within two years after the injury or death.

In the aftermath of a drunk driving accident, those injured by the intoxicated driver must protect their right to recover damages. Remember – the drunk driver’s insurance company is not your friend and does not have your best interests in mind. Instead, you should consult a personal injury lawyer experienced in drunk driving accident cases and dram shop actions.

If you or someone you love suffered an injury in an automobile accident caused by a drunk driver, look to Sommers Schwartz, P.C., to fight for you and your family. Contact us today at (866) 430-5556 for a free consultation. 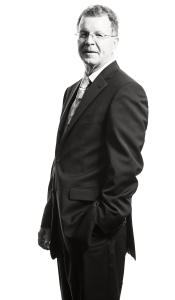