BY: Matthew Turner | IN: Birth Injury

From the time Cesarean sections were first performed in the early 16th century, medical science has come a long way. Despite advances, however, there are still considerable risks associated with any major surgical procedure, including C-sections. Although there are many situations and complications that make it unavoidable, an increasing number of women and obstetricians choose elective C-sections that are not medically indicated – and grounds for a possible medical malpractice lawsuit.

Why Are C-Sections So Common?

Some women prefer the convenience of a scheduled delivery, while women who experienced difficulty in prior deliveries may decide they never want to endure natural childbirth again. Some women believe vaginal deliveries put them at risk for incontinence and sexual dysfunction. Yet, studies have shown that elective C-sections, performed for no medical reason, are associated with short- and long-term health risks and birth-related injuries to both the mother and the baby.

While the value of C-sections in saving the lives of mothers and newborns cannot be doubted, there is also evidence that unnecessary Cesarean deliveries carry risks of infection, blood clots, longer recovery, pelvic pain, and problems with future pregnancies. Babies born by C-section are more likely to suffer breathing difficulties requiring intensive care and are at higher risk of chronic diseases such as diabetes and asthma.

The national average for Cesarean births in the U.S. is obviously higher than optimal, but studies have shown that C-section rates vary considerably from hospital to hospital. In other words, a woman’s choice of the birth hospital can greatly influence whether she will end up delivering naturally or by C-section. According to a survey of Michigan hospitals, the state ranks 21st in the country with a 27% Cesarean rate. What is more worrying, though, is that the majority of hospitals – 86 of 119 qualifying facilities – declined to report their rates.

The bottom line is that far too many women are putting themselves and their babies at risk from major surgery. Low-risk women are defined as first-time mothers with no prior history of Cesarean, who have reached the 37th week of pregnancy and are carrying a single baby in the head-down position. Such a pregnancy is unlikely to require surgery during childbirth, and a C-section for such a woman means, essentially, she is undergoing a major abdominal surgery for no real reason.

In the U.S. and around the world, there is a need for women and families to understand the serious implications of C-sections, and to stop thinking of them as a convenient or easy option. Awareness of the consequences of medically unnecessary Cesarean deliveries will give women an insight into the risks and benefits and help them make informed choices about their health.

Urgent Care Nurses: Are You Being Cheated Out of Wages and Overtime Pay? 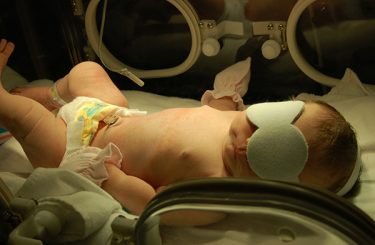 The Dangers of Undiagnosed or Untreated Infant Jaundice