Carbon monoxide — also called the silent killer — is a gas that emanates from any motor that burns carbon fuels and has no odor and no color; thus, its inability to easily be detected. People who are exposed to enough carbon monoxide in an enclosed space can easily suffer serious injuries and even death. This danger is very prevalent in apartment complexes and condominiums, which tend to be smaller than many houses, allowing less amounts of the gas to be dangerous and deadly.

1. Anything that uses combustion fumes emits carbon monoxide, such as vehicles, small gasoline engines, burning charcoal or wood, stoves, some water heaters and heating systems. The gas is a byproduct of the combustion that must be safely vented.

2. When carbon monoxide is inhaled, the gas binds to hemoglobin in red blood cells and prevents the cells from carrying oxygen. The more exposure to the gas a person experiences the more the cells fill with carbon monoxide, which could easily kill a person in a short period of time.

3. The symptoms of carbon monoxide poisoning are the following:

5. To prevent carbon monoxide poisoning, every home, apartment, and any place where people sleep should have a carbon monoxide detector. Also, having adequate ventilation in a living space can prevent injury or even death.

The Department of Housing and Urban Development (HUD) helps millions of America’s working poor to afford housing. There are over two million people currently living in publicly subsidized housing. Forty percent of public housing units are housed with someone who is 65 years old or older, and of those, 88 percent of them live alone. There, carbon monoxide poisoning is an issue.

Only recently HUD announced that it will begin requiring federal inspectors to check public housing apartments for carbon monoxide detectors — but the agency will not penalize landlords for broken or missing detectors. Under the new requirements, which took effect April 1, 2019, federal inspectors must check for the detectors in any public housing units that contain fuel-fired appliances or have an attached garage, and determine if they are working.

The state of Michigan has passed laws that require carbon monoxide detectors in multi-family buildings and apartment complexes.

Personal injury lawsuits frequently pit David against Goliath – the victim against a large company. That is why you need Sommers Schwartz on your side. During the past 40 years, our attorneys have recovered millions of dollars for our clients – a testament to their skills, zealousness and commitment to the rule of law. Trust Sommers Schwartz to deliver fair and just results for you. Contact us today. 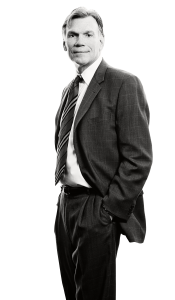 Robert B. Sickels View All