Judith (Judy) Susskind is one of Michigan’s foremost medical malpractice and personal injury trial attorneys who has, for over 30-years, successfully handled medical malpractice cases, obtaining favorable outcomes for her clients and their families.

Once I take on a case, I will do my best to see it through to a successful conclusion

I work hard to win. Nothing gives me greater pleasure than helping a client overcome obstacles, and making his or her life better. Our jury trial system allows me to do this by successfully seeking justice and obtaining compensation for injured people that have been wronged. I spend time with my clients so I understand what they have been through, and are going through. This helps to motivate me to help.

I serve the law because I love to help people who deserve justice, and fighting for that justice brings tremendous satisfaction. Practicing medical malpractice law allows me to continue being a student, and learning to perfect my craft for the rest of my career.

Judith (Judy) Susskind is a Partner in the Southfield firm of Sommers Schwartz. She is one of Michigan’s foremost medical malpractice trial attorneys.

For more than 30 years, Judy has successfully handled a variety of medical malpractice cases. In 2002, she won a record-breaking three medical malpractice trials in less than 11 weeks. In 2004, Michigan Lawyers Weekly named Judy “Lawyer of the Year,” an honor based on peer recognition. In 2019, she was one of the recipients of the “Women in the Law” honor from Lawyer’s Weekly. In 2019, she was featured in “Leading Lawyers” magazine for her accomplishments and unique talents.

Judy has been included on the list of Michigan Super Lawyers each year since its inception. She has also been listed, for many consecutive years, in Best Lawyers of America. She was named “Lawyer of the Year” by Best Lawyers for plaintiffs’ medical malpractice law in 2015, 2017, and 2021; and for Personal Injury law in 2022. She has been inducted as a member of the American Board of Trial Advocates and the American College of Trial Lawyers, two prestigious national organizations whose membership is reserved for lawyers with extensive trial experience, extraordinary skill, and the highest civility and integrity. In 2021, she received the Earl Cline & Sherwin Schreier Award for Excellence by the State Bar of Michigan’s Negligence Law Section.

Judy gives back to the legal profession and the community in many ways. She sits on the Executive Board of the Michigan Association for Justice (previously known as the Michigan Trial Lawyers Association) and served as the organization’s president in 2008 and 2009. She also served as the Chair of the Negligence Section of the State Bar in 2003-2004. She is a member of the Macomb County Bar Association, the Oakland County Bar Association, and the Oakland County Bar Foundation, of which she is a fellow. She serves as a plaintiff specialty panel member for case evaluations in medical malpractice matters in Macomb, Oakland, and Wayne County Circuit Courts. She has served on the Michigan Civil Jury Instruction Committee for several years and previously served on the Judicial Qualifications Committee for the State Bar. She is the Vice President of the Michigan ABOTA Chapter, and the Vice Chair of the Michigan Chapter of the American College of Trial Lawyers.

For more than 15 years, Judy has co-moderated MAJ’s annual medical malpractice seminar. She continues to passionately represent her clients while enjoying the challenges and camaraderie of her practice.

For more than 15 years, I have had the honor to co-moderate the annual MAJ Medical Malpractice Seminar. It addresses the latest hot topics and issues in the are of medical malpractice law. This helps me to ensure that I am up-to-date with the latest and best techniques, methods and legal arguments to seek justice for my clients.

I cannot begin to tell you how much I appreciate you! From our first conversation on the phone, I knew you truly believed me, and I felt comfortable sharing very personal and painful information with you. This was one of the hardest things that I’ve been through, but you made me feel like I had a voice and was not crazy. I knew that if anyone could help me, it would be this amazing team of strong, intelligent, and forthright women – and it turns out I was right. I truly could not have and would not have been able to pursue this case without your support. You are both professional and compassionate, which is hard to find in this day and age. I thank you from the bottom of my heart.

Judy, thank you so very much for your professional assistance in my medical malpractice case. You and your team did a great job and always made me feel important. You are very kind and considerate, and you have a loving heart that shows through.

If “Sudden” Cardiac Arrests Aren’t So Sudden, Is the Cardiologist to Blame?

I love to help people who deserve justice, and fighting for that justice brings tremendous satisfaction. 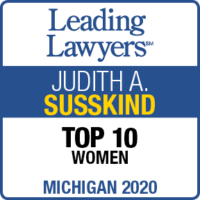 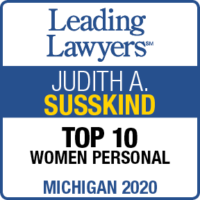 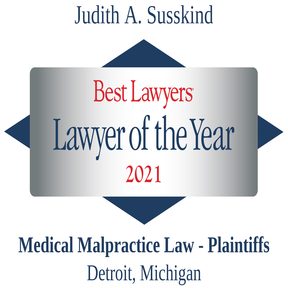 Nothing gives me greater pleasure than helping a client overcome obstacles, and making his or her life better. 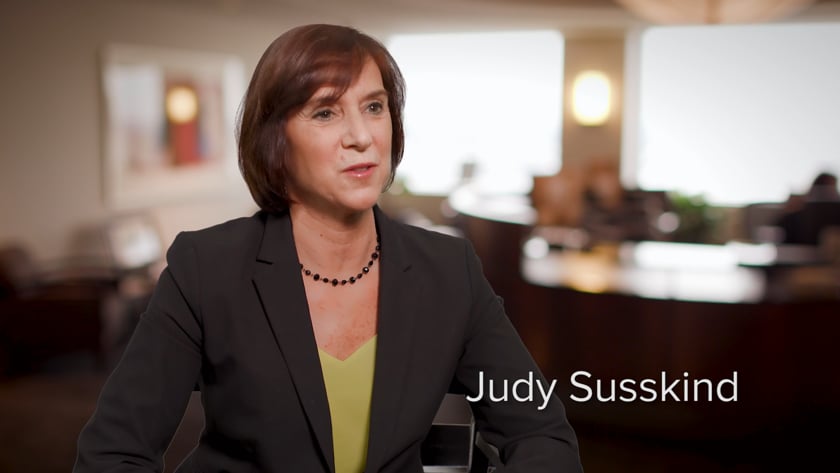 Judy has tried over 50 cases and once made Michigan history by winning three jury trials in a row, in less than 11 weeks.