BY: Matthew Turner | IN: Personal Injury

Sommers Schwartz attorneys MatthewTurner and Lisa Esser-Weidenfeller, along with co-counsel  Brady Legal, filed a complaint against Oxford Community School District and Acme Shooting Goods, LLC (Acme) for their involvement in the mass shooting on the Oxford High School campus on November 30, 2021. The lawsuit, filed in the U.S. District Court for the Eastern District of Michigan, highlights the several catastrophic mistakes that led to the tragedy.

The plaintiffs, Matthew and Mary Mueller, are representatives of their 14-year-old son, who was shot through the hand and into the face and jaw by a classmate. The suit is the first associated with the tragedy to name Acme Shooting Goods, the dealer that made the straw sale of the gun to the shooter.

Negligence of the School and the District

The Muellers claim the school district and district employees neglected to act upon the information available to them that strongly suggested that the shooter posed a serious danger to himself and others in the school. Their failure to act led to the mass shooting and their son’s injury. They allege the shooter was troubled, and professionals at the school and the district recognized the life-threatening danger he posed to himself and the others in the building but failed to do anything about it. The administrators failed to search the backpack where the gun was hidden, failed to contact the police liaison officer, and allowed the student to go back to class when his parents refused to take him out of school. These failures led to students being killed, physically injured, and emotionally scarred by this tragedy, including the Muellers’ son.

The plaintiffs contend the school district was complicit by maintaining policies and procedures that allowed the shooting to occur instead of instituting policies that would have prevented the shooter’s criminal acts and behavior. 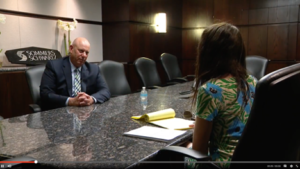 The Muellers allege Acme had actual or constructive knowledge that the shooter’s father unlawfully purchased the firearm for his minor son – a “straw sale” violating state and federal law. The gun dealer ignored one or more “red flags” that indicated the sale was unlawful and could have reasonably foreseen a juvenile would use the illegally purchased firearm to cause injury and damage.

The plaintiffs allege that Acme ignited the sequence of disturbing events that led to the Oxford High School tragedy by making a straw sale to the shooter’s father and effectively placing the gun in the shooter’s hand.

Sommers Schwartz brings this lawsuit on behalf of the Mueller family to hold Oxford High School, the Oxford Community School District, and Acme Shooting Goods accountable for their actions and misconduct that led to this tragedy on November 30, 2021, and to effect change so no family in this school district or any other school district will ever suffer such a tragedy again.

The action seeks a transparent, independent investigation into the events surrounding the shooting. It aims to encourage policy reforms within the district so counselors and staff are trained to recognize a student demonstrating suicidal or homicidal ideations or a mental health crisis, implement protocols to immediately remove that student from the general school population, and have the means to ensure that student does not have immediate access to a dangerous weapon.

Mr. and Mrs. Mueller’s reasons for suing the defendants are heartfelt: “No family or community should have to experience the pain that we endured on November 30, 2021, and continue to deal with to this day. Both of us are teachers in the Oxford Community School District at Oxford Middle School, and while we worked to keep our students as calm and as safe as we possibly could, we were panicked, unable to reach our son. For 45 minutes, we did not know if he was alive. We next saw him in a hospital bed. While we will live with the horror of that day forever, he will live with the physical pain and trauma of being shot for the rest of his life. That pain was avoidable.”

After the complaint was filed, Matt Turner spoke with FOX2 Detroit News; other media outlets covering the lawsuit include ABC News, CBS News, National Public Radio, and The Washington Post. 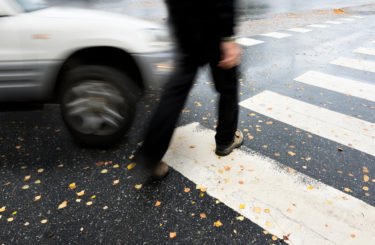