Railroaders are often in the best position to report workplace safety issues, but when they are disciplined or terminated for whistleblowing activities, federal law protects them against such employer retaliation and discrimination.

Similar to how on-the-job railroader injuries fall under the exclusive jurisdiction of the Federal Employers Liability Act, discrimination and retaliation against railroader whistleblowers are prohibited by a special federal law known as the Federal Railroad Safety Act (FRSA).

In 2007, the U.S. Congress made changes to the FRSA that significantly protect railroaders’ jobs and safety by making it illegal for employers to adversely treat railroad workers for trying to ensure the safety of passengers, fellow employees, and the public.

The FRSA specifically prohibits railroad companies from retaliating against employees who engage in “protected activities,” which include:

The FRSA offers other important employment protections for railroad workers, too. For example, when an employee is injured on the job, railroads are prohibited from denying, delaying, or interfering with that employee’s medical treatment, nor can the railroad retaliate against an employee for following his treating doctor’s restrictions or treatment plan.

If the employer violates the law, the railroad can be forced to:

In cases where the railroad’s conduct is considered particularly egregious, the FRSA provides for punitive damages of up to $250,000.

Have You Been the Victim of Workplace Retaliation?

If you are a railroad worker and have been subjected to retaliation by your employer, you must act quickly to protect your rights under the FRSA.

The statute requires that you file a complaint with the U.S. Department of Labor’s Occupational Safety and Health Administration (OSHA) within 180 days of the date when you knew or should have known that the railroad engaged in retaliation. OSHA will investigate the complaint when it is filed, but, if it does not issue a final decision within 210 days of the filing, you can begin a lawsuit in federal court against the railroad, and you are entitled to a jury trial. If a complaint is not filed with OSHA during the initial 180-day window, however, you lose all rights and protections under the FRSA.

If you believe you have been a victim of employer retaliation for reporting an injury, refusing to perform dangerous work, or engaging in any of the other protected activities described above, you need to contact an experienced railroad attorney immediately! The railroad lawyers at Sommers Schwartz have extensive experience in representing injured and mistreated railroaders in all crafts, across the U.S. We will help you determine if you have a case, and if so, fight to recover the compensation and protections you deserve. 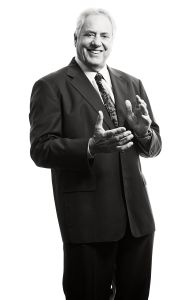 Samuel A. Meklir View All