In March 2010, DePuy Orthopedics, a division of Johnson & Johnson, acknowledged that its ASR metal-on-metal hip replacement system was linked to a high failure rate and that the device would be removed from the market. Sommers Schwartz represents a number of injured patients, each with facts and damage claims to support their own DePuy hip lawsuit.

About the DePuy Metal-on-Metal Replacement System

According to a New York Times report, medical experts said that a DePuy ASR cup recall should have been issued earlier, claiming that the failures are linked to a design problem that makes them difficult to implant. DePuy officials say that ASR hip implant failures are most likely to occur in patients of smaller stature, including women and individuals with weak bones. The FDA has received complaints from about 300 recipients since 2008, most of who had to undergo another round of hip surgery to replace the defective ASR hip implants.

The ASR is a metal-on-metal hip replacement system. Health care professionals have increasingly been warning about problems with metal-on-metal hip implants, which can shed metal particles into the body. The particles can cause damage or death to soft tissue in the hip joint, inflammatory reactions, and bone loss, with side effect and symptoms that include:

Surgeons are warning that 1-3% of all metal-on-metal hip implant recipients may experience hip implant problems, and possibly need to have the devices replaced, due to metallic debris. Other facts of which you should be aware:

If you or someone you know is experiencing complications after receiving a DePuy ASR hip replacement, the time you have to protect your rights and seek appropriate compensation is limited. Sommers Schwartz attorneys are experienced trial lawyers who aren’t afraid to take on medical device manufacturers and secure successful outcomes for our clients.

We urge you to contact us today to discuss your case and learn how we can help. 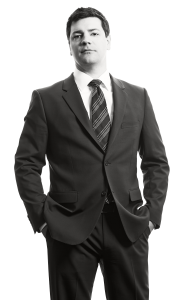