Setting aside the arguments regarding the merits of the 5,000 pending product liability claims against the company (which includes patients crippled by tiny particles of metallic debris shed by the ASR implants), DePuy’s actions in the regulatory process demonstrate two things above all else – greed and a complete lack of transparency.

First, DePuy kept its foreign consumers completely in the dark about the resurfacing version of its ASR device. How would physicians and patients in other countries have responded had they been advised that the device was not yet being sold in Johnson & Johnson’ largest market pending US government approval? Additionally, even though Britain’s Medicines and Healthcare Products Regulatory Agency and other countries’ watchdogs don’t require notification of FDA rejections for products sold in their markets, DePuy purposely chose not to disclose information regarding its receipt or the contents of the August 2009 nonapproval letter.

Second, DePuy kept details about the clinical trials and regulatory action from the medical community. The trials authorized by the company (results of which were submitted to the FDA to support its application for approval) were staffed by doctors chosen by DePuy, meaning that even a handpicked team of surgeons couldn’t produce sufficient evidence to warrant a nod from the agency. And when the FDA issued the nonapproval letter, neither DePuy nor Johnson & Johnson revealed it to the public, doctors at large, or even those it selected to run the trials. The New York Times interviewed Dr. Antoni Nargol, an orthopedic surgeon in England who worked on the study that DePuy submitted to the FDA. Dr. Nargol indicated that the company never informed him that of the FDA’s nonapproval. Furthermore, DePuy appears to have faulted Nargol and others for the poor results:

Throughout the episode, DePuy blamed orthopedic surgeons for the model’s failures, saying that doctors were not positioning a component properly. But the clinical findings rejected by the FDA came from ASR studies run by surgeons hand-picked by DePuy, including some who had developed the implant and received royalties or consulting fees in connection with it.

Lastly, DePuy and Johnson & Johnson circumvented the investment community and, worse, its own shareholders. As the Times wrote, “a review of publicly available information indicates that the company did not discuss the agency’s nonapproval letter in financial reports or in presentations to analysts while the device remained on the market,” which, according to a lawyer specializing in FDA regulation, may have been required if it had “a material impact on a company’s finances.” Considering that Johnson & Johnson incurred a special $3 billion charge that was largely associated with the legal and medical costs related to the recall of the two ASR products, as well as the “reputational impact” the company has suffered, there may be additional exposure and liability to the company’s stockholders and financiers.

Although technically not illegal, DePuy’s decisions regarding the sale of the two ADR devices constituted an “end run.” The company could have opted to share its plans – and setbacks – publicly, build trust, and protect patients against undue harm. Instead, it sought to cash in here and in other countries while trying to outwit regulators and keeping its various constituents in the dark.

Up next… Part III: Time for Some Changes in FDA Rules

If you or someone close to you was implanted with the either of the DePuy ASR devices and suffers from ongoing pain or injury, please contact a Michigan medical device attorney familiar with this situation right away to discuss your legal options.

Non-Compete & Arbitration Clauses in Employment Contracts: Are they Valid? 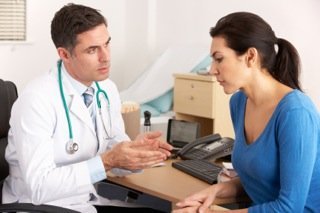