Lisa Esser-Weidenfeller represents injury victims in personal injury and medical malpractice claims. She also represents individuals in cases against those who have committed horrific acts of sexual assault.

I became a lawyer because I love arguing and debating, especially on behalf of those who are not capable of advocating for themselves

I represent victims of medical malpractice and sexual assault survivors because these individuals have been harmed in such a way that they don’t have the strength to go against those that have harmed them, and are often left with devastating, life-long injuries. I enjoy bringing the truth to light.

Lisa Esser-Weidenfeller represents injury victims in birth trauma, medical malpractice, and dangerous drug and device claims. She also represents survivors of sexual assault against those who commit these crimes and the institutions that protect them.

Lisa attributes much of her success to her background. From a very young age, Lisa was told that she would be a lawyer one day. This statement was most assuredly brought on by her love of debate, and, quite frankly, just a good argument. However, it takes more than a love of argument to become a good lawyer. Before law school, Lisa worked several minimum-wage jobs from which she learned the importance of hard work and gained a deep respect for those who fill these positions. She also developed a desire to fight for and speak on behalf of those who may not be able to do so for themselves due to what they have been put through. To Lisa, there are few things as satisfying as obtaining justice for these individuals.

Lisa likes to point out that as a Sommers Schwartz lawyer, she is both an attorney and a counselor, and she believes both roles carry equal importance. Thus, Lisa takes considerable time to meet with and speak with her clients when the need arises, which she feels helps her clients regain their voice as well as their emotional strength.

After I was injured, a family member who practices probate and trust law promised to help me find a great attorney to take my case. After doing some research, he called Lisa Esser-Weidenfeller and proceeded to have me do the same. Within a couple of weeks, I retained her for my medical malpractice case and never regretted my decision for a minute. Throughout my case, she was honest and upfront during every point of contact. Lisa was easy to reach via office phone and email, and when the case felt like it was ramping up, she gave me her cell phone number so I could always reach her, gain perspective, and re-focus on the things in life that were the most important. When I first retained Lisa, I felt like I was trusting her with my life. My world felt it had been turned upside down, I could not work, and physically, I did not recognize myself. Not only did she orchestrate a settlement on my case, she helped me to pick up the pieces of my life with her encouraging words, presence, and sincerity. If I had chosen another attorney I may have obtained the same financial outcome, but I know I would not have felt as secure in one of the most difficult time periods of my life. In the first phone call to Sommers Schwartz, P.C., I was looking to obtain a highly qualified medical malpractice attorney; I got just that and luckily for me, I also found someone who, after all was said and done, I consider a friend. If you have been injured and are considering a medical malpractice case, you will not go wrong by calling Lisa Esser-Weidenfeller at Sommers Schwartz, P.C.

Understanding the Risks of Summertime Watersport Injuries in Michigan

Oxford High School Shooting: Who’s Liable to the Injured and Those Who Have Lost Loved Ones?

Did You Undergo a Radical Hysterectomy by an Ascension Michigan Doctor? You May Not Have Needed It.

Truth, integrity, and zealous advocacy - that is how we win your case

with Michigan State University arising from the sexual assaults perpetrated by Larry Nassar on gymnasts and other young women over the course of several decades.

reached with the New England Compounding Center over the 2012 fungal meningitis outbreak from contaminated steroids.

for a client who is now permanently paralyzed due to a failure to timely diagnose and treat an epidural abscess in his spine.

in a medical malpractice case involving a resident physician’s negligence that resulted in an elderly woman’s face being lit on fire.

We are attorneys and counselors. I take that second role as seriously as the first. 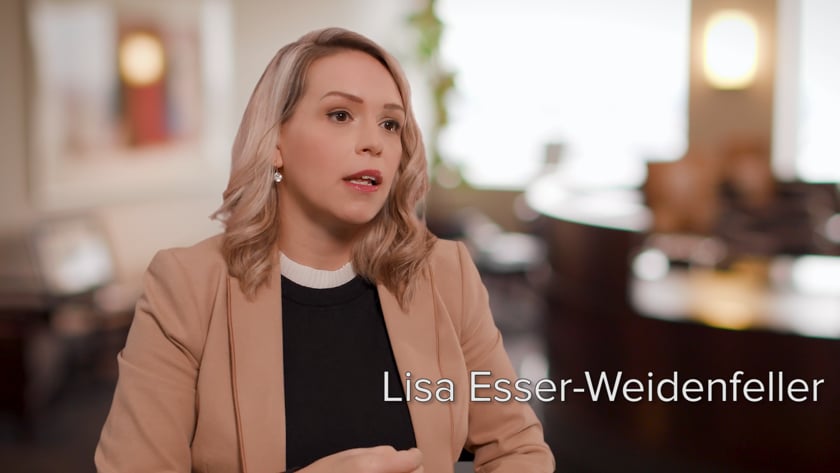 My clients want and need to be heard. They need someone to finally listen to them. I try my best to take considerable time with each client so that they can start to regain their voice and emotional strength through the process.