Jason has been recognized for his excellence as a trial lawyer

Jason has been appointed as class counsel and to MDL leadership positions in cases involving antitrust, overtime pay, insurance coverage, environmental pollution, and consumer protection. He has been asked to testify repeatedly before the Michigan Legislature regarding the state’s pharmaceutical immunity law and amendments to qui tam provisions under Michigan’s Medicaid fraud law.

In addition to his law practice, Jason writes and speaks prolifically on work-related topics.

Proven excellence as a trial lawyer

Jason Thompson represents clients in class action and multi-district litigation (MDL) involving consumer protection, employee rights, and mass tort cases in both federal and state courts throughout the United States. His clients include individuals as well as municipalities, healthcare plans, and unions.

Over the past 30 years, Jason has been repeatedly recognized for his excellence as a trial lawyer, including selection by his peers as a SuperLawyerTM, board certification by the National Board of Trial Advocacy, and an AV Preeminent Lawyer rating from Martindale-Hubbell. Jason has been appointed as class counsel and in MDL leadership positions in cases involving antitrust, overtime pay, insurance coverage, environmental pollution, and consumer protection. He has been asked to testify before the Michigan Legislature regarding the state’s pharmaceutical immunity law and amendments to qui tam provisions under Michigan’s Medicaid fraud law.

In addition to practicing law, Jason writes and speaks on topics related to his practice and sits on the firm’s Board of Directors. He taught a course on class action and multi-district litigation as an Adjunct Professor at Michigan State University College of Law. In 2017, Jason became an Arbitrator with the American Arbitration Association.

After we went to mediation on my case, I know without a doubt you definitely know the laws and you are a great lawyer!

Mr. Thompson consulted with me about a specific legal issue and gave me excellent advice as always. He also represented my son after he was hit by a car and also did an excellent job.

Jason Thompson filed a suit on my mother’s behalf, and we received a nice settlement. He was very kind and professional, and the office staff was very helpful and easy to work with.

There is no one who will work harder than attorney Jason Thompson. He and his staff will work with you to make sure they get the best settlement possible.

I cannot say enough good things about Jason – an incredible lawyer and an even better person. There are very few lawyers that I trust completely, but Jason is one of them and rightfully so.

I’m speechless! I never expected to receive the settlement that you guys worked so hard for! Thank you so much!

Many may find it challenging to select a law firm for their legal issues. Certainly, there are many competing firms and attorneys promoting legal expertise and work. However, having much experience in the legal field, both as employee and litigant, the law firm of Sommers & Schwartz provides top-tier work, accountability and masterful legal counsel, such as that of Jason Thompson, Esq. Whatever the issue, Sommers & Schwartz will efficiently and quickly achieve the best possible resolution for your legal needs while putting your interests first. This firm is an excellent choice to achieve satisfactory results.

Jason Thompson, I’m so appreciative for everything that you’ve done in representing me in my transvaginal mesh implant claim. I’ve had the surgery and am feeling better, and it’s been such a relief. You and your team handled everything so professionally and have been so personable and compassionate.

Jason was an aggressive and thorough attorney when he represented my case. He spent the time listening to me as a client and he would explain what steps were next as we went through the process. Jason made me feel very confident in my case and in him as an attorney.

My husband and I had taken the advice of someone else over yours – only to later regret it. You got the results we wanted in three days after we wasted 7 weeks with someone else. You have no idea how much you and your team have helped me, and I truly appreciate all that you have done. Oh, and that loud whooshing noise you’re hearing? It’s just a big sigh of relief!

Thank you Jason, I would recommend your law firm in a heartbeat. If I ever did need more help with something concerning the law, I will certainly contact you.

Jason Thompson represented me in a gross negligence case, and I couldn’t have been more impressed with his professionalism and energy throughout the entire process. I was very pleased with his service and how thorough his team was from start to finish. I would refer him to friends and family.

Just wanted to formally thank you for taking the time to discuss the area of class action. I admire all that you’ve done in your career and your advice is very valuable to me. It is my wish that we work together some day on cases, but I’m sure we will cross paths again in this exciting field of law. I wish you the best with everything. It has been a pleasure getting to know you and everyone at Sommers Schwartz.

Wolverine World Wide: What Is a Groundwater Contamination Plume?

Collective action settlement on behalf of exotic dancers working at a Déjà Vu gentleman's club who were not paid a minimum wage as required under the Fair Labor Standards Act (FLSA).

Settlement in nationwide wage and hour collective action involving more than 12,000 call center employees who were not paid for their pre-shift computer login and boot-up time.

I cannot say enough good things about Jason - an incredible lawyer and an even better person. There are very few lawyers that I trust completely, but Jason is one of them and rightfully so. 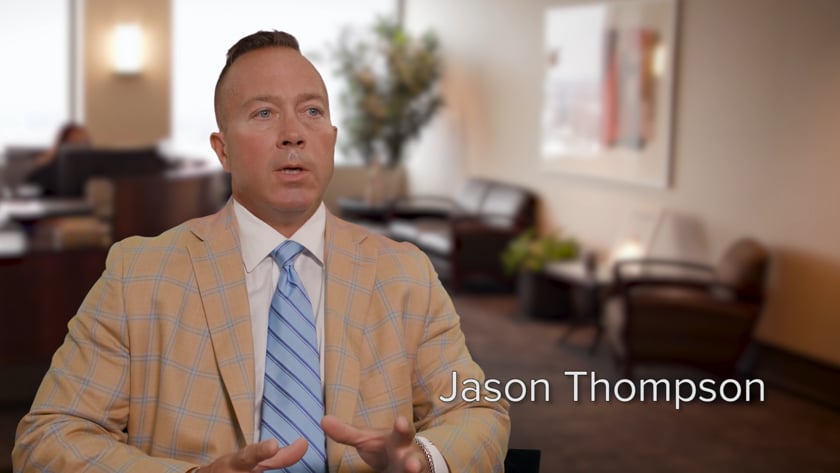 I am proud to have been appointed as class counsel and in multi-district litigation leadership positions.