More than 20% of dementia patients in nursing homes are being treated with dangerous antipsychotic medications to ease anxiety, agitation, and confusion, even though the drugs have not been approved for such use (a practice known as off-label marketing), a recent Forbes article reported. Despite government efforts to stop this almost routine practice, nursing homes continue to administer these drugs knowing that there are many risks and few benefits – and may rise to the level of abuse or negligence.

The United States Department of Justice recently reached a $2.2 billion settlement of civil and criminal charges with Johnson & Johnson, for illegal off-label marketing of Risperdal to nursing homes with dementia patients. Similar settlements were reached in recent years with the manufacturers of Zyprexa (Eli Lily), Seroquel (AstraZeneca), and Depakote (Scott now AbbVie). Although it is not illegal for doctors to prescribe antipsychotics for dementia patients, it is illegal for the drug makers to market and sell the drugs for non-FDA approved uses.

The Centers for Medicare and Medicaid Services (CMS) launched a campaign in March 2012 to reduce the common use of antipsychotics in dementia patients because of the many risks involved, such as an increase in strokes. At that time, CMS found that nearly 24% of nursing home residents were being given antipsychotics, and hoped to reduce the number to 20% by the end of the year. Although use declined, CMS was not able to meet its goal.

The overuse and abuse of antipsychotics may be the nursing homes’ fault. Many facilities find it easier to sedate patients with these drugs than deal with their irritability, nervousness, paranoia, or other behavioral issues.

The attorneys at Sommers Schwartz can answer any questions you may have if you or someone you know has been prescribed an antipsychotic medication for treatment of dementia in a nursing home. 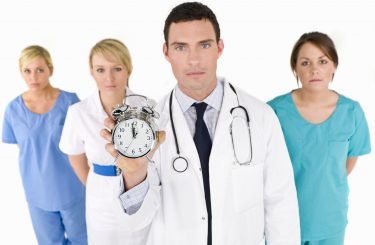 Diagnostic Testing: What We (May) Have Here Is a Failure to Communicate