For a number of individuals claiming to have suffered debilitating pain as a result of defective hip implants manufactured and sold by Biomet, Inc., their cases may soon come to an end – in their favor.  According to allegations made in the lawsuits, including those brought by Sommers Schwartz, these defective medical devices use a metal-on-metal design that has been shown to generate high levels of metal ions that then infiltrate and infect surrounding tissue (known as metallosis), and have a higher than normal overall failure rate.

On February 3, 2014, Biomet and attorneys representing the many plaintiffs in these suits agreed to a settlement, which federal Judge Robert Miller, Jr. of the U.S District Court for the Northern District of Indiana – assigned to oversee the coordinated multidistrict cases – subsequently approved.  Pursuant to the terms of the settlement, individuals who underwent revision surgeries after suffering metal-on-metal related failures of Biomet Magnum hip implant devices will receive a base award of $200,000, provided that the failure was not the result of infection, trauma, or other injury unrelated to the metal-on-metal design.  Award amounts will be discounted according the number of years between the implant and revision procedures, but no adjustments will be made relative to age, obesity, or smoking.  Cases in which plaintiffs underwent revision surgery for double hip implants are being addressed independently of the base award provision.

In product liability and defective medical device matters, injured individuals have a certain amount of time in which to file their claims, known as a statute of limitations.  Under the Master Settlement Agreement, Biomet has agreed to a provision that would allow the statute of limitations to commence on the date the individual undergoes revision surgery, affording a potentially larger window in which plaintiffs may file suit to recover damages for their injuries.  In situations where the statute of limitations has expired based upon the date of the revision procedure, those cases are deemed to have a presumed value of $20,000.

Other situations in which the presumptive $20,000 settlement would apply include:

To be eligible for the settlement, the case must be filed on or before April 15, 2014.  If you or someone you know has suffered injuries believed to have been caused by a Biomet hip implant, the opportunity to take part in this settlement is limited.  Contact a Sommers Schwartz personal injury attorney today to learn how we can help! 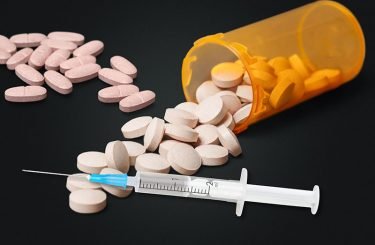