Sepsis is a life-threatening complication arising from an infection, which occurs when chemicals released by the body to fight an infection trigger inflammation that can damage organs or even cause organ failure.

What Is Sepsis and How Is It Treated?

While any infection can potentially result in sepsis, the most common infection sites are the urinary tract, gastrointestinal tract, respiratory tract, and skin. For hospital patients, sepsis occurs most commonly around surgical wounds and drains, IV lines, and bedsores and decubitus ulcers. For example, a patient can develop sepsis after suffering a perforation or leak post-surgery, especially in the abdominal area.

When hospital staff and doctors encounter patients with these symptoms, they should immediately recognize sepsis and begin treating with antibiotics and IV fluids until a blood test either confirms or rules out sepsis. Otherwise, the results can be deadly.

When it is suspected that a patient has sepsis, each second that passes can mean the difference between life and death. The condition must be treated immediately – if there is a delay, sepsis can progress to the next level, called “septic shock,” and the patient’s blood pressure can drop dramatically, often resulting in death.

Who Is at Risk for Sepsis?

According to reports, severe sepsis affects more than one million Americans every year, and up to half of them will die from the condition and related complications. Hospital patients are especially at risk for developing sepsis at the site of IV lines or surgical incisions that become infected.

While anyone can develop sepsis, certain people are at an increased risk:

When doctors and health care providers negligently delay the diagnosis and treatment of sepsis, or fail to adequately treat it once it’s discovered, their mistakes can give rise to a medical malpractice claim. Proving that the delay in treatment was the result of professional negligence can be complicated, which is why these cases must be handled by an experienced medical malpractice attorney. 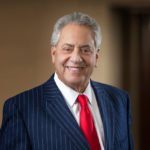 Whether You Experience Age Discrimination May Depend on Where You Live