The suit was filed by three workers who seek to represent a class of employees who have worked for American Airlines within the last four years.

The suit says the airline required employees to work through meal and rest breaks and failed to pay employees back for necessary expenses, such as cell phone usage. The plaintiffs are seeking compensatory damages and restitution under the California Labor Code, including 10 percent interest on unpaid wages, and attorney’s fees and costs.

While the LAX suit was filed under California state law, it’s similar to a suit filed last year by American Airlines employees in federal court in New Jersey. That suit was filed by two baggage handlers at Newark Liberty International Airport, who said that the airline cheats them — as well as 5,000 other employees at 50 airports across the U.S. – out of their rightful pay by failing to pay them overtime for working more than 40 hours a week.

The suit claims violations of both the federal Fair Labor Standards Act and New Jersey state wage and hour law by American, the world’s largest airline by fleet size and revenue. Among the allegations: that employees are forced to perform unpaid work prior to and after their shifts and during meal breaks. The suit also says that the airline configures its time clocks to round employee hours down, unfairly reducing the amount of credited work time for employees.

Consequences of a Dog Bite Injury

Pedestrians: The Other Victims of Automobile Negligence

That Parmesan on Your Pasta Might Contain Wood Pulp 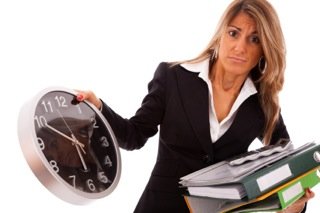 Are You Owed Unpaid Minimum Wages or Overtime Pay? What You Need to Know about the FLSA