Sepsis is contributing to the deaths of American hospital patients at an alarming rate. A recent study published in JAMA Network Open concluded that roughly half of all hospital deaths are related to sepsis, a life-threating condition triggered by the body’s response to infection.

A Quarter-Million Sepsis Deaths Each Year

Sepsis affects approximately 1.7 million adults in the United States every year and potentially contributes to more than 250,000 deaths. While the researchers knew that sepsis was present in many hospitalizations that culminated in death, they wanted to learn more about how sepsis contributed to these deaths and what can be done to reduce the risk of developing the condition during hospital stays.

In the JAMA study, researchers reviewed the medical records of 568 patients admitted at six U.S. hospitals who died in the hospital or were discharged to hospice and not readmitted. They found that sepsis was present in 52.8 percent of those patients and was the primary cause of death in almost 35 percent of those cases.

“Further innovations in the prevention and care of underlying conditions may be necessary before a major reduction in sepsis-associated deaths can be achieved,” the study’s authors noted.

Hospital Infections Can Be the Result of Medical Malpractice

Sepsis is only one complication that can arise from what are called “healthcare-associated infections” (HAI). The Centers for Disease Control and Prevention (CDC) reports that:

These hospital infections are caused by bacteria and viruses that can thrive in a hospital, including on the equipment and instruments that come into contact with the body. That is why it is critical that hospitals, nursing homes, and other healthcare facilities follow stringent policies and procedures when it comes to maintaining a sterile environment. When a patient develops an infection and suffers adverse health consequences because of a facility’s failure to follow the appropriate standards of hygiene and cleanliness, the facility’s negligence in failing to minimize the risk of infection can be the basis of a hospital malpractice lawsuit.

Did You Develop an Infection While Hospitalized? Speak With a Michigan Medical Malpractice Lawyer Today

At Sommers Schwartz, we work closely with patients and their families to obtain full compensation for injuries and losses caused by all forms of medical negligence, including the failure to take reasonable steps to prevent and timely treat infections. Our seasoned team of attorneys, nurses, and experts will investigate your claim and determine the course of action to obtain the best possible outcome. 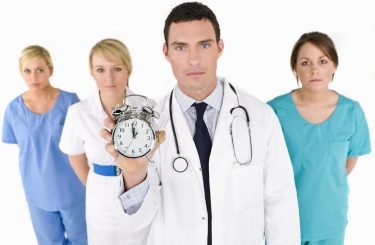