The federal Fair Labor Standards Act (FLSA) establishes nationwide rights and obligations for employers and employees. However, individual states can and often do enact their own laws on such matters. These laws are often more generous to workers than the FLSA, such as those that impose a higher minimum wage or expand overtime pay availability. Unsurprisingly, many employers object to these more expansive requirements and challenge them in court as an unconstitutional usurpation of federal laws covering the same issues.

That is exactly what home improvement behemoth Lowe’s Cos. Inc. recently tried to do – unsuccessfully – in a North Carolina federal court case. In response to a class-action lawsuit brought by store managers alleging that Lowe’s forced them to perform unpaid work off-the-clock, the company asserted that the state laws upon which the managers based many of their claims were “preempted” by corresponding provisions of the FLSA. Preemption is the legal principle that federal law controls when there is a conflict between a state law and federal law covering the same subject.

A “Traditional Presumption Against Preemption”

The managers, represented by Kevin J. Stoops and Jason J. Thompson of Sommers Schwartz, P.C., brought their claims under both the FLSA and corresponding state laws regarding overtime pay. Lowe’s moved to dismiss the state law claims on the basis that the FLSA preempted them.

In early February, the judge in the case rejected Lowe’s arguments and held that the FLSA did not preempt state wage laws if those state laws offered employees a greater remedy.

“The FLSA expressly contemplates that states may enact stricter wage and overtime requirements that an employer must follow notwithstanding the FLSA,” U.S. District Judge Kenneth D. Bell wrote. “A finding of preemption here would bar enforcement of all state wage and hour laws that did not exceed the standards of the FLSA, a significant intrusion on state authority and a reversal of the traditional presumption against preemption, which is particularly strong given states’ lengthy history of regulating employees’ wages and hours.”

The ruling in the workers’ favor allows over 20,000 past and current Lowe’s hourly managers to proceed with wage and hour claims arising under 19 different states’ laws. Those claims center on Lowe’s demands that managers do pre-shift and post-shift work and work during meal breaks when not clocked in, resulting in unpaid regular and overtime wages.

As Lowe’s did in this case, employers vigorously push back against valid wage, hour, and overtime claims by employees, whether brought under the FLSA or state law. At Sommers Schwartz, we bring equally vigorous advocacy on behalf of workers, working tirelessly to protect their rights, hold employers accountable, and get them every dime they deserve under the law.

If you have questions regarding this decision or have any other employment-related concerns about your rights, please contact the employment law attorneys at Sommers Schwartz today. 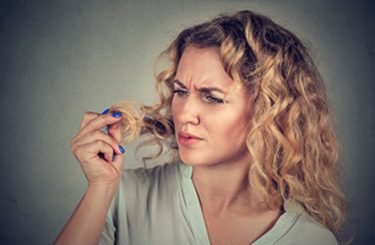