A recent verdict in one of New York’s most conservative counties has sparked new debate over tort reform for medical malpractice lawsuits.

The case of Reilly v. St. Charles Hospital involved claims of improper monitoring and care of a pregnant mother and her fetus. Finding in favor of the plaintiffs, the jury returned a $130 million verdict – the second-largest in New York history – as compensation for the family and the child, now 11, who was born severe brain injury and has a form of cerebral palsy that makes her, as her lawyer argued, a “prisoner in her own body.”

As explained in a recent Bloomberg article, those advocating for stricter tort reform assert that the mere prospect of malpractice claims results in “defensive medicine” – where doctors routinely order costly tests and other procedures to protect themselves against professional negligence lawsuits. Research conducted by the Robert Wood Johnson Foundation, the Congressional Budget Office, and the Government Accountability Office, among others, has shown, however, that “tort reform has no influence on health-care costs.” Instead, the conclusion is that doctors engage in defensive medicine because it produces additional income.

The Bloomberg piece spotlights one medical specialty whose successful efforts at reducing liability occurred not as the result of tort reform, but as a response to often being sued and losing large cases. After paying some of the highest malpractice premiums in the industry for years, the American Society of Anesthesiologists thoroughly analyzed anesthesiology-released injuries, overhauled procedures and monitoring protocols, improved training, and established new guidelines for the number of hours anesthesiologists could work without rest.

In the ten years following these changes, anesthesia mortality rates decreased to 1 in 200,000 administrations and, important to the doctors and insurers, insurance rates dropped to the lowest of any specialty.

As the attorneys at Sommers Schwartz know all too well, there is little data to support the claim that defensive medicine is what drives escalating health care costs while there is data that programs to improve patient safety dramatically reduce avoidable injury and deaths. We’ll continue to monitor the situation and report what we find.

How Doctors’ Mental Mistakes Can Lead to Medical Malpractice

ALERT: Fall Mediation Scheduled With the University of Michigan for Survivors of Dr. Robert Anderson’s Sexual Abuse. Is a Settlement Imminent?

Quality of Care and Transparency Issues Linger at Nation’s Hospitals 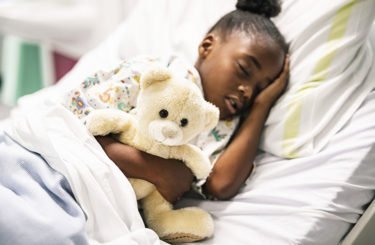 Are Black Children More Likely to Die After Surgery Than White Children?