On January 27, 2014, the U.S. Supreme Court issued its long-awaited opinion in Sandifer v. U.S. Steel Corp. in which it decided what constitutes “changing clothes” under Section 203(o) of the Fair Labor Standards Act. The Supreme Court’s unanimous opinion, written by Justice Scalia, affirmed lower court decisions in a case where unionized current and former workers at a U.S. Steel Corp. plant sought back pay for time spent “donning and doffing” protective clothing.

As reported in a previous Sommers Schwartz blog post, Clifton Sandifer, an employee of United States Steel Corp., filed a federal lawsuit on behalf of 800 hourly union workers alleging the company violated the FLSA by failing to compensate the class of employees for time they spend changing their work clothes (also known as “donning and doffing”) and walking from the locker room to their workstations and back. The collective bargaining agreement (“CBA”) between U.S. Steel and the workers’ union did not require compensation for this time.

Under Section 203(o) of the FLSA, an employer is not required to compensate a worker for time spent “changing clothes” if that time is expressly excluded from “compensable time” under a collective bargaining agreement.  Mr. Sandifer contended that the FLSA also requires employees to be paid from the time they first engage in any “principal activity,” defined as any “integral and indispensible part of the activities for which the worker is employed.”  Therefore, he argued, the FLSA requires the compensation to be paid as a matter of law, thereby overriding any private contract provision to the contrary, including a CBA.

The trial court held the FLSA doesn’t require compensation for time spent changing clothes, but refused to dismiss the portion of the case seeking compensation for the travel time. Both parties appealed to the U.S. Seventh Circuit Court of Appeals, which dismissed Mr. Sandifer’s case on its merits.

The U.S. Supreme Court agreed to hear the case on the limited question of the definition of “changing clothes” as a “principle activity” under Section 203(o).  The Supreme Court spent most of its written opinion reinforcing the long-standing FLSA principles that donning and doffing personal protective equipment is compensable time, but ultimately held that time spent “changing clothes” under §203(o) can be excluded under a collective bargaining agreement.  Implicit in the Court’s opinion is that § 203(o) is irrelevant to non-unionized workplaces and non-union employees are free to pursue donning and doffing claims under the FLSA.

Employer Must Be Fair with Employees on FMLA Filing Requirements 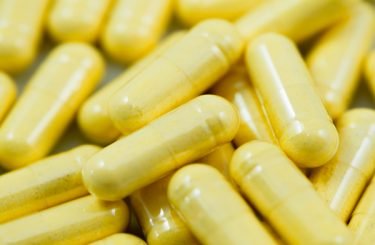 Not on the Label: Berberine Supplements May Contain Only a Fraction of the Stated Amounts