According to the complaint, filed on June 9, 2015, Plaintiff Troy Steimel routinely worked more than 40 hours per week beginning in March 2014, yet Defendants never paid him overtime compensation as required by the federal Fair Labor Standards Act.  He also claims that his employer required him to work “off the clock” unloading equipment from company vehicles, performing maintenance, and cleaning equipment filters, but without receiving wages or overtime.

The complaint further alleges that after Mr. Steimel was hired, he was informed that the Defendants did not pay overtime as a matter of company policy.  When he later approached Bradley Behrendt, the Defendants’ president and owner, indicating that he would pursue legal action if he was not paid overtime premiums, Mr. Behrendt refused, saying, “No, I don’t do that,” adding that the Plaintiff would have to spend more on an attorney than he was entitled to recover.

The lawsuit, which is pending in the U.S. District Court for the Western District of Michigan, seeks to include all current and former similarly situated employees who worked for the Defendants over the past three years.

Wage theft is an all too common occurrence in the U.S., denying hourly workers the compensation to which they are entitled under state and federal employment laws.  If you suspect that your employer has improperly withheld wages or overtime, the attorneys in Sommers Schwartz’s Employment Litigation Group are here to help – contact us today to discuss your right to compensation.

Rent-a-Risk: When Car Rental Companies Can be Held Liable for Accidents

Negligent Credentialing: When Hospitals Fail to Screen Out Bad Doctors 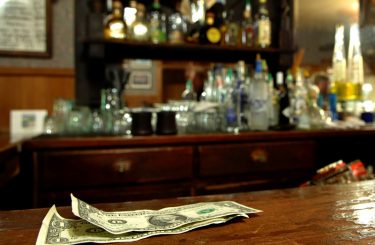 Landry’s Tipped Employees Risk Being Cheated Out of Proper Wages