On September 10, 2015, Dan Devine filed a Complaint in the Oakland County Circuit Court alleging that Bloomfield Township and Township Supervisor Leo Savoie intentionally discriminated and retaliated against him in violation of the Michigan Whistleblowers’ Protection Act. (See Complaint & Demand for Trial by Jury Filed September 10, 2015). 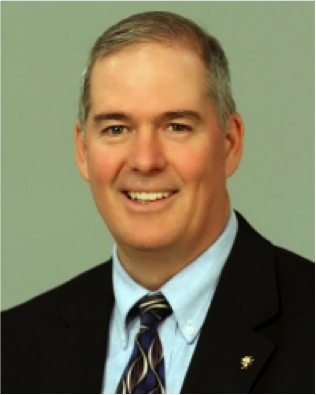 Mr. Devine, 54 years old, was appointed Township Treasurer by unanimous vote of the Bloomfield Township Board of Trustees in 1999. He was elected in 2000 and has been re-elected to the position for each of the three successive terms since then. Previously, he served as Oakland County Commissioner from January 1995 to January 2000.

In 2011, Mr. Devine sought appointment to the role of Township Supervisor by the Bloomfield Township Board of Trustees following the retirement of then Supervisor David Payne. On July 25, 2011, the Board selected Trustee Leo Savoie to succeed Mr. Payne.

According to the Bloomfield Township website, in his role as Treasurer, Mr. Devine:

On May 24, 2011, Bloomfield Township entered into a written employment contract with Mr. Devine. The agreement, which runs from April 1, 2011 to March 31, 2017, incorporates the Bloomfield Township Employee Handbook and makes clear that Mr. Devine’s position is subject to a majority vote of Township residents in regularly scheduled elections; his own resignation, retirement, or death; or “unless recalled pursuant to lawful procedure governed by prevailing law.” (See Dan Devine – Township Employment Contract Dated May 24, 2011).

Throughout the course of his tenure, Mr. Devine has performed his duties as Treasurer in an exemplary manner, as evidenced by:

An employer shall not discharge, threaten, or otherwise discriminate against an employee regarding the employee’s compensation, terms, conditions, location, or privileges of employment because the employee, or a person acting on behalf of the employee, reports or is about to report, verbally or in writing, a violation or a suspected violation of a law or regulation or rule promulgated pursuant to law of this state, a political subdivision of this state, or the United States to a public body…”

On three separate occasions, Mr. Devine reported suspected violations of the law to a public body:

Mr. Savoie and the Bloomfield Township Board of Trustees engaged in various actions directed at Mr. Devine:

– “Baseless allegations that the Supervisor had kidnapped his daughter” and

– “Baseless allegations to the Secretary of State that the Supervisor had violated campaign finance laws and had accepted a bribe from a long-time vendor.”

Mr. Devine was not made aware of the proposed “Resolution of Censure” prior to the meeting, and his request that “the matter be postponed to have time to properly respond” was denied. (See Page 8 of July 13, 2015 Meeting Minutes and Video of Board of Trustees July 13, 2015 Meeting Beginning at 43:41).

Purpose of the Mr. Devine’s Lawsuit

Mr. Devine claims that the actions of Leo Savoie and the Bloomfield Township Board of Trustees have destroyed his reputation and ability to effectively function as the Treasurer. Additionally, by approving the Censure Resolution and false claims of “official misconduct” that would enable the Governor of Michigan to remove him from office, the Defendants have threatened his employment and caused him to suffer damages including loss of career opportunities, loss of reputation and esteem in the community, and mental and emotional distress. (See Complaint & Demand for Trial by Jury Filed September 10, 2015).

Mr. Devine is represented in this lawsuit by Daniel D. Swanson, a senior shareholder and member of the board of directors with the law firm of Sommers Schwartz, P.C. Questions and inquiries about the pending litigation can be directed to Mr. Swanson at (248) 355-0300. 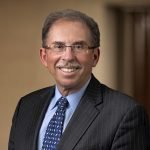