Improperly sterilized surgical instruments continue to plague Detroit Medical Center (DMC), where state and federal authorities recently reopened an investigation into the hospital system’s sterilization practices, less than a month after closing out the original one.

Investigators from Michigan’s Department of Licensing and Regulatory Affairs (LARA) and the U.S. Centers for Medicare and Medicaid Services (CMS) first launched a probe of DMC last fall, after a Detroit News report unearthed complaints going back more than a decade of filthy and broken surgical tools. The investigation focused on practices at DMC’s Central Sterile Processing Unit, which cleans tools for the five hospitals on DMC’s center campus, where 37,000 operations are performed annually.

The newspaper found that “improperly sterilized tools complicated operations from appendectomies and brain surgeries to cleft palate repair and spinal fusions.” In one case, open-heart surgery on a 7-month-old had to be stopped after the baby’s chest had already been opened because a suction tube to be used during in the operation was clogged with blood from another patient. The child was put “at significant risk,” according to a hospital report.

On December 22, LARA informed DMC that it was ending its three-month investigation because the hospital system had improved its practices enough so that it was no longer in violation of health codes. But one day later, according to the Detroit News, a surgical tool “caked with old blood and brown ooze was marked as sterile” and sent to an operating room. It was intercepted before being used on an 18-year-old patient.

In late January, LARA and CMS announced they were reopening the investigation as a result of the incident.

While DMC’s problems seem especially alarming, it’s far from the only hospital that has struggled with the issue of dirty surgical instruments. In 2009, the Department of Veterans Affairs revealed that nearly 11,000 veterans had had procedures at hospitals in Florida, Tennessee and Georgia with endoscopes that had not been properly cleaned. In 2015, a Seattle children’s hospital notified the families of 12,000 patients that they should have their children tested for hepatitis and HIV because procedures for sterilizing equipment there had not always been followed.

While the failure of hospital staff to properly sterilize tools is often the culprit, at least one expert from the University of Michigan Health System says defective design is also to blame. The expert and his team followed the manufacturer’s recommended process to clean 350 suction tips – which are used in many operations. All but seven of them still contained debris that got stuck in places out of reach of brushes.

News of incidents such as those at DMC are extremely unsettling. If you or a loved one has to undergo surgery, it may feel like there’s little you can do to protect yourself from the risk associated with dirty surgical instruments. But you can talk to your doctor about the issue, and you can check your hospital’s infection rate, in a national database compiled by CMS.

If you have already experienced an infection after surgery, it’s important to ensure that you get all the treatment and resources you need to fully recover. Contact the medical malpractice attorneys at Sommers Schwartz to discuss your situation. 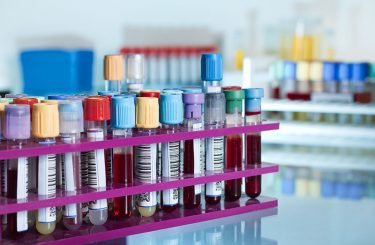 Negligent Mislabeling of Medical Lab Specimens Can Have Devastating Results 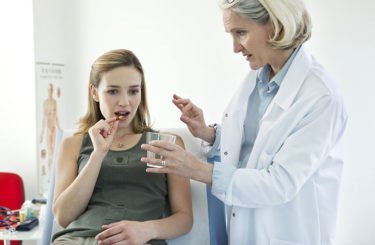