In recent years, many retired and disabled military veterans have sold part or all of their U.S. military pensions to pay monthly bills. Desperate for a solution and without other sources of income, cash-strapped veterans have often chosen to obtain cash advances through private companies that fraudulently advertise these transactions as “sales” when, in fact, they are loans with astronomically high – and illegal – interest rates.

Many of these companies advertise in prominent military magazines and news sites, using images of veterans and slogans about America. The companies falsely associate themselves with the U.S. armed services and government organizations, although they have no direct connection to either. Some advertise on television, representing that they support military veterans and government workers. Such activities violate consumer protection laws.

These companies claim that they will purchase a veteran’s pension in a sales transaction. A closer look at the documentation, however, reveals that the transaction is actually a loan in the form of a pension advance, with interest rates ranging from 30 to 100 percent! These pension advances are significantly more expensive than a credit card, personal loan, or other forms of credit, and to make matters worse, borrowers must pay taxes and fees.

At the forefront of these alleged fraudulent schemes is Future Income Payments, LLC, which was based in Irvine, California until state officials issued a cease-and-desist order, charging FIP with issuing loans without a license. According to Tom Dresslar, spokesman for the California Department of Business Oversight, FIP’s pension advances “are a scam.” Mr. Dresslar told the L.A. Times that the “they prey on the elderly and pensioners, including military pensioners, who are in a tough financial spot. We put them out of business in California.”

Authorities are taking action to protect unwitting veterans. For example, Los Angeles City Attorney Mike Feuer filed a lawsuit against FIP, alleging that the company “charged interest rates as high as 96%, far above California’s 10% usury limit, and threatened borrowers, falsely, that defaulting on the loans could subject them to criminal liability.” In a statement, Mr. Feuer called FIP’s practices “predatory lending” that “can exploit the very real financial struggles of California’s most vulnerable residents, including seniors and veterans.”

The Minnesota Attorney General’s office filed a separate suit against FIP, alleging the company “pressured desperate military veterans and senior citizens to sign over large portions of their monthly pension payments in exchange for loans of small sums of money” and “targeted consumers with poor or bad credit.”

A Loan by Any Other Name Is Still a Loan

FIP insists they aren’t making loans, calling their products “pension cash advances,” “lump sum payments,” “pension buyouts,” or “structured cash flows” instead. But the New York State Department of Financial Services determined that a loan by any other name is still a loan. The agency concluded that FIP violated New York lending laws by issuing loans without a license and charging interest rates exceeding the state’s usury limit. FIP was barred from doing business in New York and was forced to repay pensioners all amounts collected beyond what they initially borrowed. 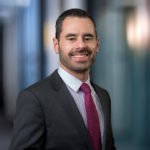