Sommers Schwartz overtime lawyer Jason Thompson was once again in the center of this week’s hotly contested employment law issue: whether an employer can force its employees to waive their right to bring or participate in a collective action or, instead, force one-by-one arbitrations.

Today, Jason appeared before the U.S. Sixth Circuit Court of Appeals on behalf of call center employees working for Kelly Services who were required to sign employment contracts waiving all rights to sue Kelly as part of a collective action under the Fair Labor Standards Act (FLSA) or a class action under state law. The waiver was incorporated into their employment contracts in the form of a required arbitration clause. The trial court refused to enforce the arbitration clauses, finding them illegal under existing case law that precludes waiver of employee rights under the FLSA, and because the Federal Arbitration Act (FAA) itself expressly limits its application to enforceable (i.e., legal) contracts.

The U.S. Supreme Court heard oral argument Monday on the same issue in the Murphy Oil trio of cases.  There, the question was whether the FAA could support such an employment contract waiver or whether the National Labor Relations Act’s (NLRA) prohibition of employment contracts interferes with an employee’s right to take concerted action with other employees to protect their workplace rights.

In Kelly Services, the Sixth Circuit must decide the issue not only from the perspective of the NLRA but also the FLSA. The FLSA provides for the right to proceed in collective actions, which are like class actions.  The Sixth Circuit has ruled that statutory FLSA rights constitute rights that cannot be waived in employment contracts, such as the Kelly Services employment contracts, but it has not been faced with the question in the context of an arbitration clause, and thus in the context of the FAA.  However, many other circuits have addressed the issue, and they all have ruled in favor of the employer. They do not find the waiver of collective action rights as illegal, but instead require the employees to identify a “contrary congressional command” that conflicts with the FAA’s provisions supporting enforcement of arbitration agreements.

The Sixth Circuit has not specifically weighed in on whether the FAA’s support for arbitration clauses can be waived in a FLSA employment case when all collective and class action rights are eliminated. Now it’s their turn.

Weekend Hospital Visits Can End Up Being Deadly 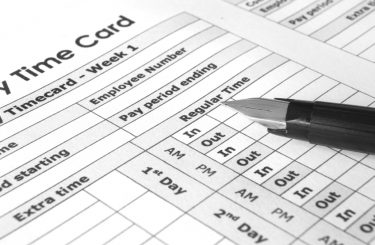