We all want to be good friends and neighbors, which we often do by welcoming others into our homes, especially during the holidays. But when a homeowner’s negligence causes you to suffer injuries – whether you were a guest or not – you may have to file a lawsuit to recover compensation.

Here are descriptions of the most common claims brought against homeowners in Michigan, which fall under the legal theory of premises liability.

Slips and falls can result in physical injuries and even death. Under the law, homeowners have a duty to keep their property safe and protect guests from harm. When they don’t prevent the harm or warn others of risk, homeowners can and should be held liable.

For example, if a homeowner spills a substance but fails to clean it up, dry the area, or alert others about the spill, that can be a danger that may injure an unsuspecting passerby.

Generally speaking, Michigan law does not require homeowners to remove ice or snow from walkways on their properties. This is because such snow, ice, and related hazards are considered “open and obvious,” and a fact of life in our state.

There are, of course, exceptions to this general rule. For instance, where there is an “unnatural accumulation” of ice – such as from a poorly placed downspout or icy buildup on a walkway that is uneven or in a state of disrepair – the homeowner may be held liable for any injuries a guest may suffer. Also, when a homeowner makes only a partial attempt to clear the snow or ice, making it appear that the snow was shoveled away when a danger remains, he or she may be liable, too. This is especially true for black ice, which is by definition invisible and therefore cannot be considered an open and obvious hazard.

Under Michigan law, if you’re a guest at someone’s home and are bitten by the homeowner’s dog, without provoking the animal, the homeowner is liable. This is true even if the dog never demonstrated any viciousness in the past. Unlike several other states, Michigan doesn’t have a “one free bite per dog” rule, so the homeowner can be liable even if the dog has never previously bitten anyone. If the homeowner can demonstrate that you either provoked the dog or that you were trespassing, he or she may avoid responsibility. But the trespass defense is limited only to adults, not children. Under the “attractive nuisance” theory, the law envisions a scenario where wanders onto a property hoping to play with a friendly-looking dog, while places the burden on the homeowner (and the dog’s owner) to properly secure the properties to protect unwary children.

Michigan law prohibits serving alcohol to an individual under the age of 21, or to a visibly intoxicated person, and this prohibition applies to bars and restaurants, as well as private homeowners throwing a party. Any resulting injuries can bring criminal penalties as well as civil liability upon the homeowner. For example, if a homeowner serves alcohol to a minor or intoxicated individual, and that person is then involved in an automobile accident, the homeowner can be held liable for the damages.

A homeowner can also be liable for any damages that result from criminal or violent acts committed by the drunk teenager. Generally, a homeowner is not liable for such acts, or any “intentional tort” committed by one guest against another, but there is an exception. For example, in one case, after a homeowner held a party and served a minor alcohol, the minor became intoxicated and beat another guest with a hammer. A court found the homeowner liable to the victim of the hammer beating, reasoning that it was foreseeable that a teenager would become violent when given alcohol.

In most situations, a homeowner’s insurance company will defend a premises liability lawsuit, seeking to pay little, if anything, in damages. If you or someone in your family has been injured as the result of a homeowner’s carelessness or reckless behavior, you need a skilled personal injury lawyer to pursue your right to compensation – like the lawyers at Sommers Schwartz. The law gives you only a limited amount of time to bring your claims, so contact us today! 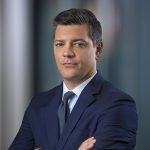 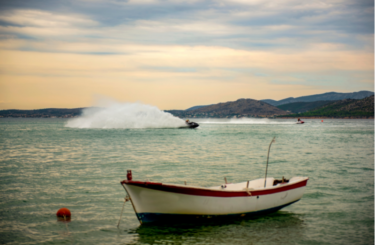 Nursing Homes Stall HHS Rule That Would Bring Issues of Abuse, Neglect into the Open

Distracted Driving Can Be Deadly Driving