Negligent Mislabeling of Medical Lab Specimens Can Have Devastating Results

In the practice of medicine, making the right diagnosis in a timely manner is a critical juncture in the care and treatment of patients.

You can’t fix a problem unless you know what it is. In the practice of medicine, making the right diagnosis in a timely manner is a critical juncture in the care and treatment of patients. This often involves ordering tests, such as biopsies and blood or urine samples, which are then sent to a medical lab for analysis before the patient’s physician reviews and interprets the results. While many medical malpractice cases involve missed or delayed diagnoses that are squarely the fault of the treating doctor, potentially fatal errors often occur before then. This includes the mislabeling of medical lab specimens and the general negligence of lab technicians.

It is a simple mistake that can lead to catastrophic consequences. The most common scenario involves a technician or other individual at the lab labeling a specimen from one patient with the name of another patient. It isn’t hard to imagine the ensuing disaster.

A physician tells a healthy patient that he or she has a serious condition. In addition to the devastating emotional and psychological ramifications of such news, the patient then undergoes a course of wholly unnecessary and physically taxing treatment such as chemotherapy or surgery or takes medications that can cause significant harm.

Conversely, a sick patient who receives a clean bill of health based on a mislabeled specimen won’t receive the care he or she desperately needs, allowing a severe illness or disease to progress to the point of no return.

Chemotherapy and a Mastectomy for a Healthy Young Woman

Sommers Schwartz attorney Michael Cunningham recently negotiated a confidential settlement on behalf of a 23-year-old woman whose life was irreversibly and tragically altered because of just such a situation. After undergoing a biopsy of her right breast, she was informed that she had breast cancer based on the conclusions of that biopsy. Shortly after that, the patient began treatment, which included six rounds of chemotherapy, followed by a mastectomy of her right breast.

As a result, she received extensive but unnecessary treatment because the defendant diagnostic laboratory misinterpreted her breast biopsy as positive for breast cancer. After the mastectomy, however, doctors found no cancer in the removed breast tissue or lymph nodes.

Further testing of the slides from her initial breast biopsy revealed that the tissue upon which her diagnosis and course of treatment were based was not hers but was from another woman who had breast cancer.

Because of the defendant’s negligence and fraudulent concealment of this error, the plaintiff suffered constant pain, mental anguish, and permanent disfigurement and deformity from the right breast mastectomy, while the chemotherapy damaged her ovaries so she cannot ovulate and will have difficulty getting pregnant.

Lab Test Negligence Is More Common Than You Think

Tragically, such catastrophic errors occur regularly. Studies have concluded that approximately one out of every 1000 specimens, slides, or tissue samples collected involve a mislabeling mistake. That may not sound like many, but when you consider the hundreds of millions of specimens and samples taken from patients each year, the lives of thousands of individuals are upended on both sides of such mistakes.

If you or a loved one has suffered because of a diagnostic mistake, whether arising out of a doctor’s malpractice or a negligence by lab technicians, the lawyers at Sommers Schwartz can thoroughly investigate the situation, uncover the truth, and pursue compensation for your losses.

Please contact us today for a free consultation to review your case. 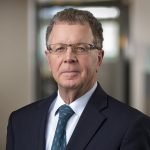 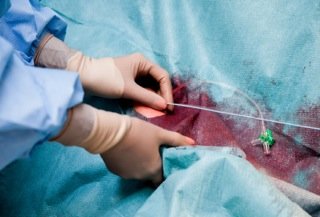