Until recently, only men had claimed Anderson assaulted them, but the Free Press article reported former female students were also subjected to his sexual assault.

Details about the serial sexual abuse by the University of Michigan physician Robert Anderson continue to materialize. Initial allegations revealed his sexual assault of male students, student-athletes, and patients during his time with University Health Services and as the doctor to several athletic teams. Now, details are emerging of Anderson’s molestation of female students, gay men, medical students, and pilots in training too.

As we previously wrote, Anderson – known as “Dr. A” and “Dr. Drop Your Drawers” during his time at the University of Michigan (UM) – started his career at University Student Health Services in 1967. According to a UM police detective, Anderson was transferred to the athletic department as a team physician for UM athletes around 1980 after the first allegations of his misconduct surfaced. Rather than terminating him, he continued in that position until his retirement in 2003. He died in 2008.

A Detroit Free Press article indicates that as of April 23, 2020, UM “was aware of 257 unique complaints regarding Dr. Anderson, most coming through an established hotline.” We know that more survivors are coming forward each day.

Until recently, only men had claimed Anderson assaulted them, but the Free Press article reported former female students were also subjected to his sexual assault.

One woman who competed on the volleyball team alleged that Anderson “fondled her breasts and asked her whether she was sexually active” during a mandatory physical in 1982. Another woman claimed that a year later, Anderson “fondled her breasts and touched her genitals during a pelvic exam. He didn’t wear gloves for the exam and offered no diagnosis or advice for follow-up care.” Other women are said to be offering their own stories of Anderson’s wrongdoing.

Several gay men have come forward to detail their accounts with the late Dr. Anderson. Anderson served as a primary care physician for some of these men over many years. During that time, he developed a deep and emotional connection and would use that connection to groom them for serial assaults. Some men have alleged that he would often expose himself to them and “teach” them how to do STD checks, taking their hands and placing them on his genitals. Others report Anderson fondling their genitals to the point of ejaculation. There have also been reports that he kept naked photos of men from the waist down in his office that he would share with his gay patients to encourage arousal.

Medical students have also come forward, alleging that Anderson exposed themselves to them and placed their hands on his genitals under the guise of teaching them how to check for a hernia.

Student pilots training at local airports close to Ann Arbor have also have stepped forward to report Dr. Anderson’s assaults. Anderson was certified by the Federal Aviation Administration (FAA) to perform required medical examinations. Pilots at airfields in Ypsilanti and Ann Arbor often chose to have Anderson examine them at the University of Michigan because of its proximity. They had no idea that they would be assaulted during those exams.

Sommers Schwartz medical malpractice attorney Lisa Esser-Weidenfeller continues to take calls from Anderson’s former patients and help them determine their right to compensation for the wrongs they endured. She currently represents dozens of Anderson survivors.

If you believe Dr. Robert Anderson sexually assaulted, abused, or inappropriately touched you, please contact Lisa immediately. She has experience representing survivors of sexual offenses, including survivors of Larry Nassar, for whom she obtained an average of more than $1.6 million in a $500 million settlement with Michigan State University. Lisa, along with her partner Matthew Curtis, is available to discuss your situation. You can contact Lisa at (248) 746-4015 or lesser@sommerspc.com. All consultations are free and 100% confidential. 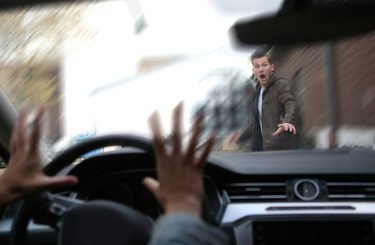