Digital Discrimination: How Employers Have Used Facebook to Exclude Women and Older Candidates from Job Postings

An estimated 190 million Americans use Facebook as a source of news and information, including job openings. The information users list on their profiles, along with the behaviors and characteristics the social network gleans from users’ activity, provide robust demographics with which advertisers direct ads and promotions to the people most likely to buy.

If you are a Facebook user, you have undoubtedly seen an array of advertisements among the posts and status updates on your home page. Based on personal details we willingly share – and data Facebook algorithms collect from the pages and websites we visit, our Facebook friends and groups, and other online activities and behaviors – advertisers “microtarget” audiences by drawing from a wide selection of demographic and psychographic information.

As Facebook admitted to Congress, microtargeting enabled Russia’s Internet Research Agency to direct advertisementsfocused on “divisive social and political messages across the ideological spectrum” to some 10 million Facebook users during the 2016 U.S. presidential race.

This practice of “microtargeting” is a far cry from traditional print and broadcast advertising that cast a wider net. Consider an ad in a newspaper or on local television or radio. The advertiser pushes a message to a general audience hoping it will resonate with a smaller population of readers or viewers motivated to purchase the featured good or service. The expense of those ads can be significant because they are based on the size of the general audience.

Microtargeting on Facebook, LinkedIn, and other online platforms allows advertisers to reach a specific audience, often at a cost far lower than traditional communication channels. They not only have greater control in determining the precise audiences that will see their ads, but they can also expressly exclude groups of people.

How Employers’ Use of Microtargeting Constitutes Discrimination

In early 2017, Facebook introduced new features for employers to post job listings and microtarget qualified candidates. Although not inherently discriminatory, these tools provided employers the means to omit entire classes of people – people protected by state and federal employment laws – from seeing the postings.

According to a joint exposé by the New York Times and ProPublica, dozens of the country’s largest employers posted recruitment ads restricted to particular age groups. Among those companies were Amazon, Goldman Sachs, Target, Verizon, and even Facebook itself. In response to the allegations, many companies insisted that microtargeted recruiting to audiences of certain ages was “comparable to advertising opportunities in publications like the AARP magazine or Teen Vogue.” As ProPublica noted, “this obscures an important distinction. Anyone can buy Teen Vogue and see an ad. Online, however, people outside the targeted age groups can be excluded in ways they will never learn about.”

In March 2019, Facebook agreed to a settlement under which it agreed to significantly change its ad platform to prevent employers from discriminating when posting job listings, and prevent advertisers from discrimination when sending housing and credit ads. And in September 2019, the U.S. Equal Employment Opportunity Commission found reasonable cause for unlawful age bias by seven American employers when they posted job ads on Facebook that excluded women and older workers, or both from viewing the listings.

But a more recent class action against Facebook alleges that older and female Facebook users have been excluded from seeing ads for financial services offerings such as bank accounts, loans, insurance, and investment opportunities – which calls into question Facebook’s commitment to addressing discriminatory practices.

The right to pursue, secure, and maintain employment is a fundamental protection in the U.S.

Sommers Schwartz protects the rights of employees at all levels of an organization, from hourly workers denied wages and overtime pay to C-level executives who fall victim to sexual harassment, discrimination, whistleblower retaliation, and wrongful termination. If your workplace rights have been violated, please contact the experienced employment attorneys at Sommers Schwartz today. We’ll help you evaluate your claim, assess your options, and pursue the compensation you deserve. 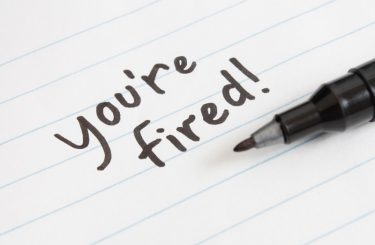 Representations in Employee Handbook, Coupled with Employee’s Reasonable Belief That He Was Covered, Were Enough to Support Claim for Eligibility Under FMLA