BY: Jesse Young | IN: Employment Law

In theory, arbitration provisions are designed to keep and resolve disputes outside the courthouse. In reality, many such disputes wind up in court anyway when one side either challenges the arbitration agreement’s enforceability from the start or seeks to confirm or vacate an arbitrator’s decision at the end. In both circumstances, the Federal Arbitration Act (FAA) governs the resolution. But according to a recent Supreme Court decision, a party who seeks to vacate an arbitration award will have a much harder time doing so in federal court under the FAA and will most likely have to look to a state court for relief.

Federal courts only have jurisdiction to hear two types of cases: those between citizens of different states (“diversity” jurisdiction) and those that arise under federal law (“federal question” jurisdiction).

But even though the FAA is a federal law, it does not itself create federal question jurisdiction for a federal court. Rather, the FAA allows access to federal district court only when “save for such agreement,” the court would otherwise have jurisdiction. That is, there must be an “independent jurisdictional basis” other than the FAA for a federal court to hear the case.

That determination inherently involves looking at the subject of the underlying dispute to determine whether that dispute “arises under” federal law. In 2009, the Supreme Court acknowledged this reality when it held in Vaden v. Discover Bank that a “federal court may ‘look through’ a § 4 petition to determine whether it is predicated on an action that ‘arises under’ federal law.”

No” Look Through” in Cases Challenging Arbitration Awards

Since the Court’s Vaden decision, there was a split between circuits as to whether the “look-through” approach that applied to petitions to compel arbitration should also govern cases under Sections 9 and 10 when a party seeks to confirm or vacate an arbitrator’s decision.

In its opinion in Badgerow v. Walters, issued March 31, 2022, the Court addressed that exact issue: “whether that same ‘look-through’ approach to jurisdiction applies to requests to confirm or vacate arbitral awards under the FAA’s Sections 9 and 10.”

In an 8-1 decision written by Justice Kagan, the Court held that it did not.

In its opinion, the Court relied heavily on the statutory language in Section 4 and the absence of similar language in Sections 9 and 10 of the FAA. Specifically, “The phrase ‘save for the [arbitration] agreement'” in Section 4 “indicates that the district court should assume the absence of the arbitration agreement and decide whether [the court] ‘would have jurisdiction . . .’ without it,” Justice Kagan wrote.

In contrast, Sections 9 and 10 “have none of the statutory language on which Vaden relied… Indeed, Sections 9 and 10 do not mention the court’s subject matter jurisdiction at all.” Accordingly, the Court could not “pull[] look-through jurisdiction out of thin air” for applications to confirm or vacate arbitral awards under those sections and concluded that the “look-through” approach does not apply to such proceedings.

The Badgerow decision does not mean all petitions to confirm or vacate an arbitration award will wind up in state court. If the dispute is between citizens of two different states, federal courts would still have diversity jurisdiction, a determination that does not require a judge to “look through” to the underlying subject of the controversy. However, in the absence of diversity jurisdiction, as will often be the case in employment disputes, it will almost inevitably be left to a state court to decide whether an arbitration award should stand or fall.

If you have any questions about this decision, please contact us to speak with one of the employment law attorneys at Sommers Schwartz today. 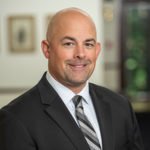 If You’re Called Back to Work and Don’t Go, Will You Lose Your Michigan Unemployment Benefits?