On July 2, 2015, Judge George Steeh of the U.S. District Court for the Eastern District of Michigan entered judgment in favor of AAA homeowners finding that AAA and its many subsidiary homeowner insurance companies misapplied the water loss exclusion written into their homeowner insurance policies.

According to co-lead counsel Michael Fabian of the law firm of Fabian, Sklar & King, whose practice focuses on representing policyholders in disputes with insurers, Judge Steeh’s ruling meant that AAA has wrongfully used the exclusion to deny claims of policyholders in Kentucky, Illinois, Indiana, Iowa, Michigan, Minnesota, Ohio, West Virginia, and Wisconsin who suffered a basement drain or floor drain water loss. In light of the ruling, numerous policyholders in those states may be owed significant sums of money.

The federal court order arises out of a class action – Monteleone vs. The Auto Club Group, et al. – that was originally filed in 2013. In reaching his decision that AAA breached its own insurance policy, Judge Steeh rejected AAA’s arguments that their interpretation of the policy language was reasonable, concluding that it was “…not grounded in the actual written terms of the policy.” He further determined that applying AAA’s interpretation would render other policy language “meaningless.”

Since 2009 and for many years after, AAA was outright denying water loss claims – overflows in flooded basements – without investigating the source of the water as required by the contract and law. We uncovered a deliberate plan designed by AAA, which in 2009 ordered AAA offices across the country to adopt a policy to deny such claims and force people to buy riders that limit AAA’s exposure to amounts such as $5,000 to $25,000. In the case of the Monteleones, they lost over $100,000 and were told they were limited to the water loss rider.”

In its ruling, the Court also denied class certification to the many plaintiffs involved in the lawsuit.  Judge Steeh applied existing Sixth Circuit law that favors having courts enter declaratory judgments against an insurer, and then wait for other potential class members to decide whether to prosecute their individual actions, rather than certify a class.

AAA insureds from the affected states of Kentucky, Illinois, Indiana, Iowa, Michigan, Minnesota, Ohio, West Virginia, and Wisconsin should read Judge Steeh’s full Opinion and Order as well as the original Complaint to decide whether their water damage claims fall within the type of loss AAA was mishandling, and if they wish to prosecute their individual claims.

Making matters more urgent, there are statutes of limitations that might limit the time for people filing a lawsuit against AAA to recover their losses – even though it was AAA that was misapplying the water loss exclusion and wrongfully telling its policyholders they had no coverage, or limited coverage, for these losses.

Servers at Crave Restaurants May Be Victims of Wage Theft 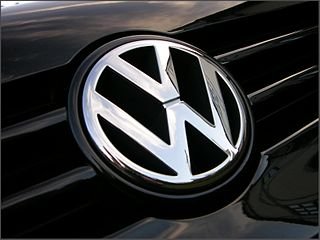