It is with great sorrow that we share the news that Norman S. Sommers, one of the original founders of Sommers Schwartz, P.C. died on October 18, 2015 at the remarkable age of 95 years old.

“Norm was a force within the Michigan legal community and nearly 60 years ago, he had the initial vision for what our firm is today,” said Joseph H. Bourgon, CEO and Senior Shareholder. “The solid reputation for first-class legal representation and successful outcomes that we now enjoy is owed in no small part to him.”

During his long and distinguished career, Mr. Sommers represented numerous prominent companies and individuals in residential and commercial real estate projects in Michigan and across the country, as well as corporate mergers, sales, and acquisitions and industrial bond issues. He was a charter member of the American College of Real Estate Lawyers.

Also known for his courtroom advocacy, Mr. Sommers participated in many notable cases before Sixth Circuit of Appeals and the Michigan Supreme Court. He was an early proponent of a ban on smoking in indoor public places and work environments, championing his cause on the airwaves and before the Michigan legislature.

Equally active in the community, he served as Chairman of the Legal Committee of Temple Israel, assisting in the acquisition and construction of its current synagogue in West Bloomfield Township. An avid golfer with three holes-in-one to his credit, he was a longstanding member of Tam-O-Shanter Country Club in Michigan and Longboat Key Club in Florida.

Deeply devoted to his family, he is survived by Judy, his wife of 69 years, and daughters Madelene (Ronald) Kepes, Lisa (Steven) Gretchko, and Lori (Bruce) Abel, as well as six grandchildren and one great-grandchild.

Funeral services will be held on Wednesday, October 21, 2015 at 10:00am at Ira Kaufman Chapel, 18325 W. Nine Mile Road, Southfield, Michigan. Donations in his honor may be made to Temple Israel, the Jewish Federation of Metropolitan Detroit, or Yad Ezra. 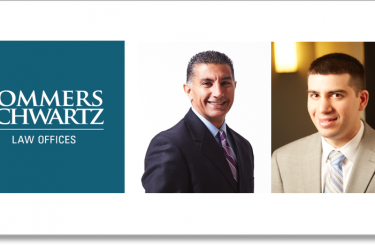 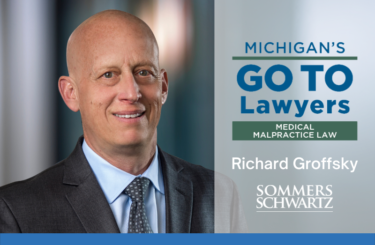