Some medical mistakes sound like they could be in a Halloween horror movie, like when a doctor performs surgery on the wrong part of a patient’s body. It may be hard to believe, but shockingly, it does happen, and provides grounds for medical malpractice lawsuits.

When doctors operate on the wrong body part, it is referred to as a “wrong-site error.” And these surgical errors happen more often than people may have initially realized.

According to a recent study published in JAMA Surgery, surgeons make wrong-site errors in about one in 100,000 surgeries. This includes not only operating on the wrong side of a person’s body, but also – unbelievably – on the wrong person. The root cause of most mistakes is poor communication among medical staff, and other contributing factors are misreading the patient’s medical chart or misidentifying the correct anatomy prior to surgery.

A wrong-site error happened earlier this year in Detroit, when an 81-year-old woman had unnecessary brain surgery at Oakwood Hospital. The woman went to the hospital for treatment of a dislocated jaw, but the staff mixed up her CT scan with that of another patient, leading doctors to believe she had bleeding on her brain. Surgeons performed emergency surgery and removed the right side of her skull, but no bleed was found. Because of her age, the woman never recovered and died a few months later. The woman’s family sued the doctors and the hospital for negligence, and also claimed the hospital tried to cover up the mistake. A jury awarded $21 million.

Another example of wrong-site surgery recently occurred in a St. Louis, Missouri, hospital, where it was alleged that a neurosurgeon removed healthy brain tissue instead of a cancerous tumor in another area of the brain. A lawsuit claims that as a consequence, the patient is now unable to normally speak, eat, drink, and swallow, and has permanent paralysis resulting in his inability to write or walk normally. The complaint also alleges that the neurosurgeon did not tell the patient or his family when he realized his mistake. 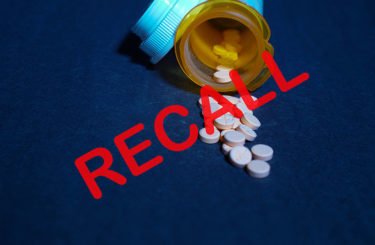 The Dangers of Placenta Accreta