In a precedent-setting case, a Southern California doctor has been given a sentence of 30 years to life in prison for overprescribing pain medications such as Percocet and Vicodin. A jury convicted Dr. Hsiu-Ying “Lisa” Tseng guilty of second-degree murder, the first time a physician has been convicted of murder in the United States for overprescribing pain medications.

Prosecutors in the case charged Dr. Tseng in the overdose deaths of three patients – after she had been warned on three previous occasions when patients died from overdoses of painkillers she prescribed. Patients often drove long distances to go to Tseng’s clinic and receive prescriptions, yet court testimony revealed she wrote prescriptions without examining her patients or establishing a medical need for painkillers. Tseng also refused to listen to patients’ families who raised concerns about their loved ones becoming addicted to the pain medications.

On sentencing Tseng, the judge in the case said she ran a “reckless assembly line” practice, taking in millions of dollars at the expense of her patients and their families.

Tseng will be eligible for parole in 30 years. The first-of-its-kind murder conviction and lengthy sentence reflect the growing awareness of the harm prescription drug addiction has on patients – and the role some doctors play in the process. Ending the practice of overprescribing pain medications has become a priority for law enforcement and politicians.

With this conviction and sentence it is also clear the courts are taking notice, and moving to hold physicians responsible for the reckless endangerment of their patients.

At Sommers Schwartz, we have aggressively pursued doctors who have abandoned their responsibilities to patients, committing medical malpractice in pursuit of financial gain. If you’d like to discuss a possible case, please get in touch. 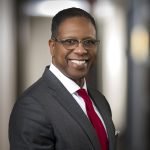 Life-and-Limb: When mistakes are made in the ER