BY: Matthew Curtis | IN: Personal Injury

As the NFL works to finalize a $1 billion settlement with thousands of retired players who suffer from concussion-related brain trauma, other athletes appear to be making inroads in asserting their rights to compensation for a different type of personal injury.

Players are generally prohibited from pursuing lawsuits for injuries suffered in the normal course of a game. Earlier this year, however, a federal judge created an opening for NFL running back Reggie Bush – and perhaps other athletes – when she ruled that the terms of the players’ collective bargaining agreement did not bar his negligence claims against the Rams and the people who operated the old St. Louis stadium.

Bush filed the suit after he slipped on a concrete surface surrounding the field during a Nov. 2015 game at the stadium (which has been vacant since the Rams moved to Los Angeles this season). Bush, who was playing for the San Francisco 49ers at the time, was out for the rest of the season with the resulting ACL tear. In his suit, Bush noted that another player had been injured on the surface the week prior. After Bush’s injury, the team covered the concrete with blue padding, according to news reports.

The team argued that the suit was preempted by the league’s collective bargaining agreement with the NFL players’ union, which addresses some aspects of player safety and injury. The contract requires injured players to file grievances with their teams – rather than a court – in certain instances.

In Bush’s case, however, the federal judge ruled that the collective bargaining agreement did not apply, because it failed to address the Rams’ duty to warn him of dangerous stadium conditions. Bush now plays back-up for the Buffalo Bills, and his case lives on in state court.

Shortly after Bush’s legal victory, former Philadelphia Eagles linebacker DeMeco Ryans filed suit against the Houston Texans for an injury he sustained during a 2014 game. Ryans claimed the playing surface at NRG Field caused him to suffer a torn Achilles tendon during a non-contact play. He was out for the remaining eight games of the season and was released by the Eagles after a lackluster comeback in 2015. Ryans says the Achilles tendon tear effectively ended his career five years early, and he is seeking $10 million in damages.

Ryans noted that seams and holes in the natural grass surface at NRG Field had been the subject of player complaints for years. In 2011, Texans punter Brett Hartmann caught his foot in one of the seams and suffered a career-ending knee injury. Hartmann’s lawyer announced last year that his case had been settled, and the Houston Texans have since switched the playing surface to artificial turf.

We’ll never be able to completely take the risk out of football – or any professional sport for that matter. There’s always a chance that an athlete will be inadvertently and seriously injured by a rough tackle in football, a high stick in hockey or a flying bat in baseball. But the league, the teams, and the people who run the stadiums have a duty to remove the known dangers when possible, especially when there’s so much at stake for these elite athletes. Both Bush’s and Ryans’ cases are not that much different from the case of a store patron or employee injured on a slick floor that the store’s owner knew was dangerous. Their economic losses, however, are probably going to be greater.

The NFL players’ class action concussion lawsuit raised awareness of the profound danger of head injuries. Perhaps it has also brought to light the idea that professional athletes – like everyone else – have a right to work in a safe environment. And they should be compensated when it isn’t provided. 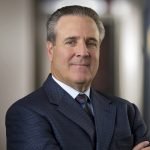 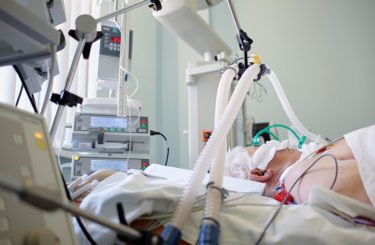 Outcomes Are Not Good for COVID-19 Patients on Ventilators