BY: Ben Wilensky | IN: Personal Injury

Railroaders know the work they perform is difficult and often dangerous. Indeed, the statistics from the U.S. Bureau of Labor show that the rate of fatal injuries among railroaders is more than twice as high as the all-industry rate. On a daily basis, railroaders face a risk of life-changing serious injury.

Railroad workers rely on their employers to look out for their safety – and under the Federal Employer’s Liability Act, railroads are required to provide a reasonably safe place to work.  Experienced railroad lawyers know that, all too often, railroad companies fail to live up to their safety obligations. The injuries that result are tragic and often preventable.

Railroaders who work for CSX, the largest railroad in the eastern U.S., have particular reasons for concern. A recent article in Trains magazine confirms that from 2013 to 2017, the train accident rate at CSX increased by 73%, and the personal injury rate among CSX employees increased by 38% — the highest rate among all Class I railroads. The trend seems to be accelerating, as the personal injury rate has increased by 13% in the last year alone – and the Federal Railroad Administration believes that CSX’s new management and the lax safety policies they have pursued is to blame:

“The FRA is concerned about operating rule changes designed to improve terminal productivity, such as raising restricted speed in yards to 20 mph from 15 mph and allowing crews to get on and off moving equipment.

The FRA has received complaints from employees who say they don’t have enough time to properly inspect trains. And agency officials are concerned about the quality of inspections, which take longer when FRA inspectors are on site than when they are not, according to people familiar with the matter.

The elimination of road foremen of engine positions, and assigning their duties to trainmasters, has reduced the effectiveness of the supervision of engineers and conductors, according to people familiar with the matter.”

CSX’s decision to require crews to get on and off moving trains is particularly disturbing, given that decades of research and evidence show how destructive jumping from trains onto ballast is to railroaders’ knees, hips, and other joints. CSX’s decision also exposes railroaders to the grave risk of falls after jumping from a moving train or failing to properly secure a grip when getting onto a moving train. The consequences could be deadly. Allowing trains to keep moving, rather than stopping and restarting, surely helps CSX’s bottom line. But the law does not permit CSX to put profits before safety, as they appear to be doing.

The bizarre rollback of safety practices at CSX isn’t limited to those mentioned in the article.  Numerous reports indicate that conductors and other yard workers are no longer permitted to use brake sticks to tighten and release railroad car hand brakes. Brake sticks reduce the amount of force needed to get the job done and help prevent debilitating injuries to railroaders’ arms, shoulders, and backs.

Similarly, CSX is now refusing to pay for safety boots and high-visibility clothing for many of its employees – forcing those employees to either spend their own money for vital safety equipment or to risk serious injury.

It is clear that CSX’s safety culture is in a downward spiral, and it certainly isn’t surprising to see many railroaders suffer injury because of these dangerous policy changes. CSX’s heavy-handed tactics surely also increase the risk of retaliation against those employees who have the courage to exercise their rights and report unsafe conditions on the railroad.

If you have been injured while working for CSX or any other railroad, or have been the victim of workplace retaliation, the experienced railroad lawyers at Sommers Schwartz are here to help you. Please contact us today to discuss your situation and right to possible money damages. 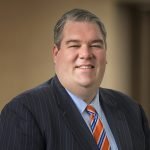