When a woman chooses her birth control method, she anticipates it will be both safe and effective. Unfortunately, this has not been the experience for thousands of women who chose Essure, a birth control implant that has reportedly caused serious side effects and complications –including the necessity of surgical removal, hysterectomy and other organ damage.

Essure was approved by the U.S. Food and Drug Administration in 2002. From 2002 through 2017, the FDA reportedly received nearly 27,000 complaints about Essure side effects and complications. This prompted the FDA in April 2018 to restrict the sale and distribution of the device, as detailed by CNN.

On July 20, 2018, Bayer – the company that manufactures and sells Essure – announced it was taking the dangerous device off the market. The company noted its decision was not because of any personal injury concerns associated with the device but is based on a decline in U.S. sales.

However, Bayer’s reasoning for halting sales of the device is suspect, given that more than 16,000 Essure lawsuits have been filed against the company, according to reports from Time. The plaintiffs in those cases cite complications ranging from migraines and hair loss to organ perforation, unintended pregnancies, and death. Many of the lawsuits have been consolidated or merged.

Developed by Conceptus, Inc. (now a subsidiary of Bayer), Essure is a metal spring-like device with synthetic fibers that is surgically implanted in a woman’s fallopian tubes.

The metal part of the implant includes a stainless steel inner coil and an expanding nickel titanium outer coil. The synthetic fibers encourage the surrounding tissue to adhere to the device, creating a scar-tissue barrier to block sperm from reaching an egg.

When Essure was first approved by the FDA 16 years ago, Bayer was required to submit regular reports about the device’s efficacy and safety, as well as reports of any adverse events. Bayer, however, reportedly violated these conditions and a troubling pattern began to emerge:

Patients who have had an Essure implant have reported numerous complications including, but not limited to:

Plaintiffs who have filed Essure birth control lawsuits against Bayer are seeking economic damages for the costs of medical care to treat symptoms and complications resulting from the device’s malfunction, along with related expenses. In addition, many plaintiffs are seeking non-economic damages for pain and suffering, including mental and emotional anguish. They are also requesting punitive damages against Bayer for manufacturing and selling an unsafe medical device.

Many Essure lawsuits have been filed in California Superior Court, where a judge has ruled the claims are not pre-empted by federal or state law, thus allowing the litigation to proceed. The same judge has also held that all California cases involving Essure should be consolidated. In March 2018, due to the overwhelming number of Essure claims, the judge further ruled that a “master complaint” combining all the allegations must be submitted to the court.

If you have an Essure implant and have experienced complications, the attorneys in Sommers Schwartz Personal Injury Litigation Group can help assess whether you have a legal claim. To learn more about your rights, please contact our birth control device lawyers today. 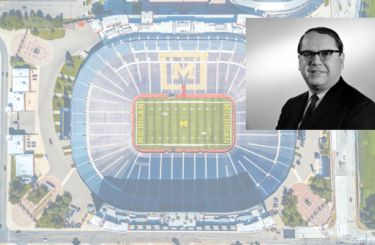