Because the patients often feel defenseless in a treatment setting, many assailants in healthcare positions rely on their patients’ reluctance to bare private medical issues in a criminal or civil investigation.

In recent weeks, several high-profile cases have shed light on sexual assault by healthcare providers – ironic, given that April is National Sexual Assault Awareness Month in the U.S.

Sexual abuse of patients by doctors and medical professionals is all too prevalent. Because the patients often feel defenseless in a treatment setting, many assailants in healthcare positions rely on their patients’ reluctance to bare private medical issues in a criminal or civil investigation. Patients may also be unwilling to speak out against high-profile, well-respected members of the medical community.

Because of former student-athletes who stepped forward to reveal abuse by Michigan State University physician Larry Nassar and deceased University of Michigan team physician Robert Anderson, other brave survivors are telling their stories of sexual assault in doctors’ offices, exam rooms, and other healthcare settings.

Sexual assault cuts across all demographics and geographic locations, and the healthcare field is no exception. While doctors and therapists exploit patients during ordinary treatment, so do other providers in medical and quasi-medical roles.

Other health care providers may use their professional connections or authorizations to commit more brazen acts outside of the workplace. An Ohio plastic surgeon faces federal charges for allegedly using sedatives obtained in his practice to drug and rape multiple women over seven years.

To prevent victims from reporting abuse, healthcare workers who assault patients may employ a variety of manipulative tactics. They might try to confuse them into believing the acts didn’t happen or were part of appropriate medical treatment, or they might try to make them feel shameful by implying or telling victims they deserved or wanted it.

Healthcare professionals have access to patients’ sensitive information. Because of this, predators may also threaten victims with exposing aspects of their private lives, medical issues, or sexual history or make them believe authorities would not believe their account over the provider’s denial. An abuser may also threaten to undermine a victim’s livelihood or opportunities (for example, by declaring a student-athlete is medically unfit to play, potentially risking scholarship dollars or a professional career).

Once one victim breaks the silence, the ensuing roar can be deafening. In late 2019, a physical therapist in Okemos, Michigan, was charged with sexually assaulting a patient during treatment. After the initial allegations appeared in the press, more victims were empowered to come forward with their stories. In April 2020, he was charged with seven additional counts of sexual assault involving four more women; additional charges involving even more victims may be forthcoming as the investigation develops.

State and federal authorities determine whether to bring criminal charges against a perpetrator of sexual abuse. Unfortunately, many factors can stand in the way of a conviction. Statutes of limitations – the time limits to bring charges against an individual for a criminal act – vary significantly by jurisdiction and the nature of the crime. Especially in cases involving medical professionals, obtaining witnesses’ testimony and corroborative evidence may be difficult as healthcare privacy laws may preclude sessions from being recorded or observed by others.

Fortunately, survivors of sexual assault have grounds to bring a civil lawsuit against their abusers and organizations that knew or should have known about the predatory behavior. Successful lawsuits have been brought against universities for allowing or failing to prevent abuse by athletic trainers and hospitals for failing to prevent or report abuse by staff or authorized providers.

Talk to an Attorney Experienced in Patient Sexual Abuse Lawsuits

Money can never fully compensate a sexual abuse survivor of abuse, but Michigan law allows plaintiffs in civil sexual assault cases to receive economic damages (such as past and future medical care, loss of income and future earnings, and loss of opportunity) and non-economic damages (including pain and suffering, emotional distress, and post-traumatic stress disorder).

If you’ve been sexually abused by a doctor, therapist, trainer, nursing home aide, or another healthcare provider, you should consult an attorney experienced in these cases – like the attorneys at Sommers Schwartz. Contact us today to discuss your situation.

New Spending Bill Stops Your Employer from Taking Your Tips 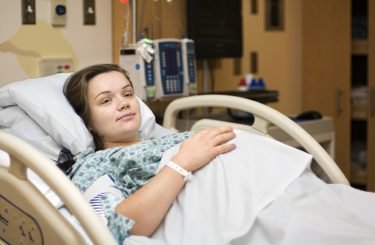 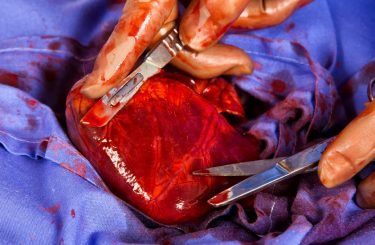