As the current political environment in the United States continues to deepen divisions along racial and ethnic lines, many employees in Michigan and across the U.S. may face increased workplace discrimination. This can take many forms, from disparaging comments or treatment by coworkers or supervisors to unjustified promotions or salary discrepancies based on ethnicity, race, gender identity, sexual orientation, and other protected characteristics.

Much of this behavior is illegal, but that doesn’t always stop companies from engaging in these acts. If you are experiencing national origin-based discrimination at work, it is essential to understand your rights, how to effectively advocate for yourself, and when to consult an experienced employment attorney.

Ethnic workplace discrimination varies depending on the situation and the context. For example, it may involve racial slurs or offensive comments about a person’s culture or heritage, or hostility or disparate treatment of someone observing religious practices at work. It may also involve exclusion from decision-making processes or unequal treatment for wages or promotions.

Some examples of ethnic workplace discrimination in action:

As the political climate today grows more belligerent toward marginalized communities, employees face rising ethnic discrimination at work. But they have rights to protect themselves against mistreatment, including the right to file complaints with government agencies and be free from retaliation in the workplace.

If you are subjected to verbal or physical abuse, ostracization, or other adverse treatment at work, it is crucial that you document all instances of the discriminatory behavior. This includes writing specific comments by your coworkers or supervisors, keeping notes of any negative treatment you receive, and collecting relevant emails or other evidence that corroborates your claims.

The Equal Employment Opportunity Commission (EEOC) is a federal agency that fields workplace discrimination complaints, including the increase in mistreatment of Muslims and those of Middle Eastern descent. Part of the Department of Labor, the EEOC will investigate any claim and work to ensure your rights are protected. The EEOC makes it very clear that workers cannot be harassed, demoted, paid less, or denied employment because of their ethnic background. If your employer engages in these activities, you may have a claim against them.

If you file a claim with the EEOC or speak with your employer’s human resources representative to try to resolve the issue internally first, your employer is also prohibited from retaliating against you. Retaliation often manifests as poor performance reviews, demotion, salary reduction, reduced working hours, plus harassing and aggressive behavior from supervisors and colleagues.

In addition to these formal reporting mechanisms, employees have the right to seek legal counsel if they believe their rights have been violated. A lawyer can help you understand your options and advocate on your behalf during any workplace investigations or legal proceedings.

Above all else, remember that you need not face this discrimination alone—resources are available to help you assert your rights and protect yourself in the workplace.

If you believe you are being subjected to workplace discrimination of any kind, talk to an attorney in Sommers Schwartz’s Employment Litigation Group to discuss your rights and options. The law gives you a limited amount of time to pursue a claim with the EEOC or in court, so please contact us today for a free consultation. 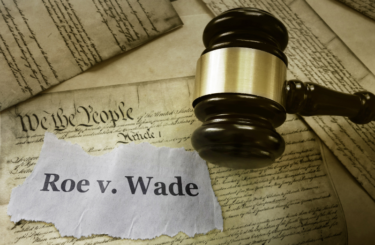