Earlier this week, the U.S. Supreme Court rendered a decision finding that retailer Abercrombie & Fitch engaged in religious discrimination against Samantha Elauf when it denied her employment because her hijab would have violated the company’s dress code. Ms. Elauf is Muslim and wears a black headscarf in observance of her faith.

The U.S. Equal Employment Opportunity Commission (EEOC) took the case, and Ms. Elauf, now 24, initially won a $20,000 jury verdict against Abercrombie in a federal district court. According to MSNBC, the matter was then appealed to the U.S. Court of Appeals for the 10th Circuit Court, where a panel of judges reversed, holding that Ms. Elauf should have asked Abercrombie for a religious accommodation, despite not knowing that her headscarf violated the company’s dress code or that it was the reason she was denied employment.

Title VII of the federal Civil Rights Act of 1964 prohibits religious discrimination in hiring and employment, and Justice Antonin Scalia, on behalf of seven justices in the 8-1 majority, wrote that “Title VII forbids adverse employment decisions made with a forbidden motive, whether this motive derives from actual knowledge, a well-founded suspicion or merely a hunch…. An employer may not make an applicant’s religious practice, confirmed or otherwise, a factor in employment decisions.”

Abercrombie’s lawyers argued that because Ms. Elauf never indicated that she wore the headscarf for religious reasons, the company did not have actual knowledge of that fact. The Court agreed with the EEOC’s position, however, declaring that an “applicant need show only that his need for an accommodation was a motivating factor in the employer’s decision, not that the employer had knowledge of his need.”

The case will now be sent back to the 10th Circuit for further consideration consistent with the Supreme Court ruling. In the meantime, other retailers with similar dress codes are reviewing their policies to ensure compliance with the Court’s interpretation of Title VII.

If you believe you have been the victim of religious discrimination in the course of seeking or losing a job, the law gives you only a limited amount of time to pursue your right to compensation. The attorneys in Sommers Schwartz’s Employment Litigation Group are here to help – please contact us today to discuss your situation. 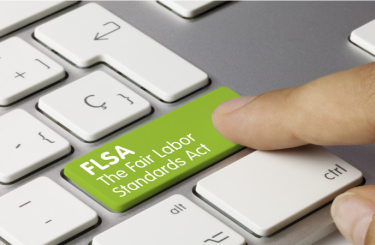 Alternative Pay Plan, Though Well-Intentioned, May Have Interfered with FMLA