In the era of modern medicine, you have a right to assume that there are sterile conditions in the operating room where you have surgery. That’s why it was so alarming when the FDA issued a notice in 2015 alerting hospitals that a commonly used medical device could have been introducing potentially deadly bacteria into operating rooms across the country for several years.

For more than a decade, U.S. hospitals have been using the Stӧckert 3T heater-cooler devices during complicated cardiopulmonary procedures, such as open heart or lung surgery. Imported from Germany, the device warms and cools a patient’s blood when it is circulated outside the body during surgery. Water contained in a tank inside the machine never comes into direct contact with the patient’s blood. However, that water can enter other parts of the device, and then be expelled through the device’s exhaust vent, in the form of a fine mist or spray, into the operating room. 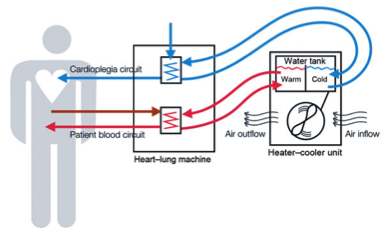 The problem is that the Stӧckert 3T machines have been found to harbor bacteria known as Non-Tuberculous Mycobacterial (NTM), and specifically Mycobacterium chimaera or M. chimaera. This bacterium can be expelled as a fine mist through the exhaust vent, then move through the air and fall into the patient’s open chest cavity during surgery.

Between January 2010 and August 2016, the FDA received 91 “adverse event” reports associated with the Stӧckert 3T, including 79 infections and 12 deaths. There are more than 250,000 procedures using cardiopulmonary bypass performed in the U.S. each year, and 60 percent of those use the Stӧckert 3T device. Because of this, the CDC estimates that there are more than a half-million people at risk of infection.

Because NTM and M. chimaera are slow-growing bacteria, symptoms of infection may not emerge for months or even years after initial exposure. Infections may also be difficult to detect because the symptoms can be vague and be associated with other conditions as well.

Symptoms of an NTM/M. chimaera infection can include:

M. chimaera is treated with a combination of powerful antibiotics, and patients may require many months of treatment to recover. Patients who received prosthetic or artificial valve implants may require additional surgery to replace their implants. The mortality rate associated with this infection is 50 percent.

Hospitals around the country have started sending letters to patients who had the Stӧckert 3T device was during their surgery.  The University of Michigan Health System, Spectrum Health, McLaren Hospital and Mayo Clinics have just recently sent letters to potentially infected patients.

If you or someone you know has received a letter from the hospital and have experienced any signs or symptoms of infection since the surgery, don’t wait to take action. Please contact us today for a free consultation! 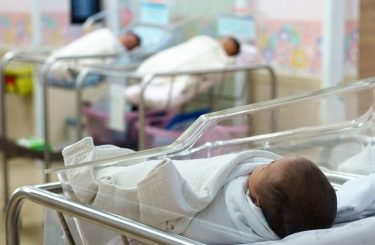