Sommers Schwartz is a powerhouse litigation firm that has recovered more than one billion dollars for our clients. When your future is on the line, our team will fight for you.

I couldn’t have asked for better representation and counsel...

We can tackle some of the most complex matters in the litigation world.

Year after year, our team delivers unmatched results for our clients.

Because the label doesn’t list them, you’d never know that the tea you’re sipping may contain pesticides.

While we would expect growers to use pesticides on tea crops, we assume the chemicals are rinsed before the leaves are processed, packaged, and sold to the public. Unfortunately, some companies neglect to wash the pesticides from the tea leaves – and then fail to list the pesticides on the product labels.

When we buy these mislabeled products, we release the pesticides into our cups and teapots when we add hot water. We then ingest the chemicals into our bodies without any warning from the sellers. 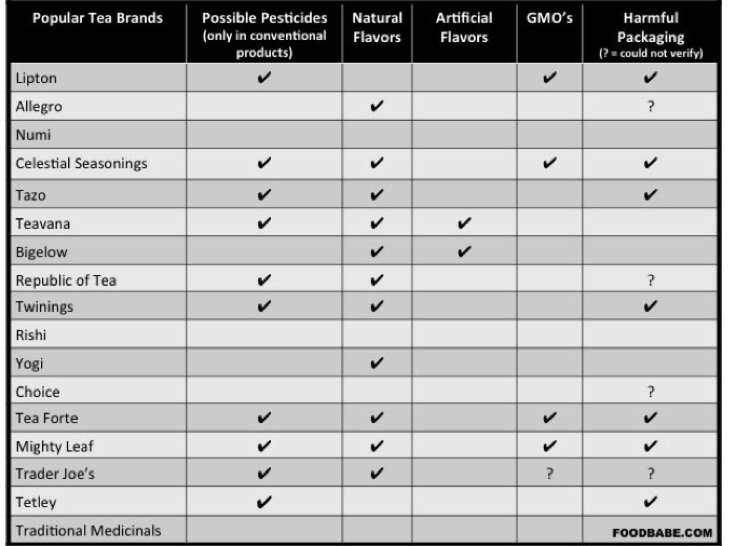 According to test results, two of the worst are Celestial Seasonings and Teavana. Here’s why:

Many companies brand their tea products as “natural,” “all natural,” and “100% natural,” yet these chemicals – along with man-made pesticides – are nevertheless potentially toxic chemicals.

The Sommers Schwartz’s Commercial Litigation Team is investigating allegations of deceptive sales practices and is interviewing consumers who have been deceived by tea manufacturers. If you feel that you’ve been the victim of product mislabeling and false advertising, please contact us today to discuss your right to recover money damages.

We fight hard. And we win.

Our attorneys have been featured on local and national media outlets, including:

A Client Talks about Andy Dragovic

My wife had an accident, tripping over a cable line that wasn’t buried. Andy represented us and were very pleased with the outcome. Andy was very professional, personable, and quick to respond to us, answering any of our questions or concerns. The whole firm was responsive to our concerns, and…

The lawyers at Sommers Schwartz, P.C. were nothing short of amazing when I came to them with my medical malpractice case! Dina truly helped to put my mind at ease and because of her and her firm, I finally have closure and can begin my healing process! I just want…

When our world was shattered by an unexpected medical diagnosis, we were referred to Rob Sickels of Sommers Schwartz. What a blessing to get this referral as Rob listened to us with caring and compassion, spent all the time necessary to help us, was always honest with us about our…

Dina never lied to us and was very straightforward. I feel like she took me under her wing. She got me through something that I thought was going to be incredibly difficult for me to relive. Dina felt like a friend, somebody I could trust and look to for guidance….

Matt Turner and his whole staff have acted very professionally, respectfully, and responsively to my every need. I highly recommend him to represent you in any legal matter you may have. Thank you again for all your help and guidance.

We are so thankful this firm was recommended to us!

After our first meeting with attorney Matt Curtis, our feelings of frustration, defeat, and helplessness were diminished.

Matt’s knowledge of the law concerning medical malpractice and his compassion for my husband’s situation gave us the boost we needed to stand up and be heard! I am so grateful that my husband felt validated and energized throughout his time meeting with Mr. Curtis because, in February of 2021, he…

Our Clients Say It Best