Sommers Schwartz is a powerhouse litigation firm that has recovered more than one billion dollars for our clients. When your future is on the line, our team will fight for you.

I couldn’t have asked for better representation and counsel...

We can tackle some of the most complex matters in the litigation world.

Year after year, our team delivers unmatched results for our clients.

The manufacturer of Hush Puppies shoes has left a toxic footprint in neighborhoods near Grand Rapids, Michigan.

Dangerous Scotchgard chemicals for waterproofing shoes at the facility were dumped on sites in and around the Rockford area years ago. The chemicals quietly polluted groundwater and drinking water wells for decades, and state and local officials are now conducting health studies and environmental testing as they try to determine the scope of the problem. The investigation continues.

Wolverine Dumped Hazardous Chemicals That Have Contaminated the Water

Waste chemicals from Wolverine’s tannery were dumped at a number of locations in the 1960s and 1970s, a time when liners and other protective measures were not required by law. The hazardous chemicals have drained into the groundwater over time and are now appearing in drinking water wells in the area.

The Chemicals Are Toxic and Dangerous to Humans

Wolverine began using Scotchgard in the 1960s to waterproof the pigskin leather it used in its Hush Puppies shoes. Scotchgard contains dangerous perfluoroalkyl, polyfluoroalkyl, and perfluorinated chemicals (referred to as PFAS or PFCs), exposure to which is linked to kidney cancer, testicular cancer, ulcerative colitis, pregnancy-induced hypertension, thyroid problems and cholesterol issues.

The PFAS and PFCs have infiltrated groundwater wells, and contaminated drinking water was first discovered near a 76-acre undeveloped tract in Belmont, Michigan where Wolverine once dumped sludge from its pigskin tanning processes. Wolverine is paying to test drinking water wells at 338 homes near that dump site.

As of early October, tests at 15 properties bordering U.S. 131, including the Michigan National Guard armory have shown PFAS and PFC levels above the 70-parts per trillion (ppt) health advisory limit established by the U.S. Environmental Protection Agency. At one residence, the level was 542 times more than the EPA benchmark, the highest that Michigan Department of Health and Human Services toxicologists have ever seen in a private drinking water well, and the number of infected properties may increase as more results come back from an expanded “buffer zone” testing area.

According to officials, approximately 200 Plainfield Township homes are being tested around a “buffer zone” area around the dump site at 1855 House Street NE. 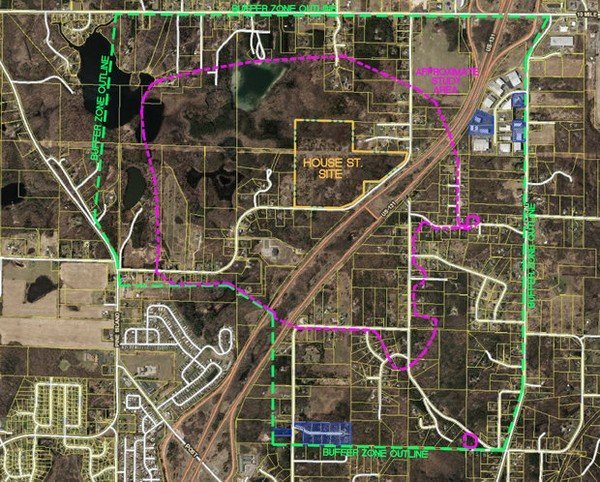 Those residing or owning property within this zone should be aware of the risks and follow up with the Michigan Department of Environmental Quality’s Environmental Assistance Center.

Residents in the affected areas are reporting thyroid issues, cancer, and other symptoms consistent with PFAS exposure and now question whether loved ones died from exposure to Wolverine’s toxic chemicals.

People suffering from cancer or other diseases caused by exposure to Wolverine’s toxic chemicals may be entitled to personal injury damages including past and future medical expenses, loss of earnings, pain and suffering, and emotional distress. Spouses or family members of victims may be entitled to damages for loss of consortium (also called “loss of affection” and “loss of companionship”).

Surrounding Landowners May Be Entitled to Property Damages

The attorneys in Sommers Schwartz’s Commercial Litigation Group are interviewing local residents and landowners regarding their experiences to determine the extent of the groundwater contamination in and around the Wolverine dump sites. If you are a resident or owner and have suffered personal injury or property damages due to toxic chemical exposure, please contact us today!

We fight hard. And we win.

Our attorneys have been featured on local and national media outlets, including:

A Client Talks about Andy Dragovic

My wife had an accident, tripping over a cable line that wasn’t buried. Andy represented us and were very pleased with the outcome. Andy was very professional, personable, and quick to respond to us, answering any of our questions or concerns. The whole firm was responsive to our concerns, and…

The lawyers at Sommers Schwartz, P.C. were nothing short of amazing when I came to them with my medical malpractice case! Dina truly helped to put my mind at ease and because of her and her firm, I finally have closure and can begin my healing process! I just want…

When our world was shattered by an unexpected medical diagnosis, we were referred to Rob Sickels of Sommers Schwartz. What a blessing to get this referral as Rob listened to us with caring and compassion, spent all the time necessary to help us, was always honest with us about our…

Dina never lied to us and was very straightforward. I feel like she took me under her wing. She got me through something that I thought was going to be incredibly difficult for me to relive. Dina felt like a friend, somebody I could trust and look to for guidance….

Matt Turner and his whole staff have acted very professionally, respectfully, and responsively to my every need. I highly recommend him to represent you in any legal matter you may have. Thank you again for all your help and guidance.

We are so thankful this firm was recommended to us!

After our first meeting with attorney Matt Curtis, our feelings of frustration, defeat, and helplessness were diminished.

Matt’s knowledge of the law concerning medical malpractice and his compassion for my husband’s situation gave us the boost we needed to stand up and be heard! I am so grateful that my husband felt validated and energized throughout his time meeting with Mr. Curtis because, in February of 2021, he…

Our Clients Say It Best