Many experts believe that the actual number of sexual assaults committed by Uber drivers is higher than reported by Uber, noting that only one in three women report their sexual assault.

Ridesharing services like Uber and Lyft have become ubiquitous in just a few short years. Uber drivers alone take more than 4 million trips in the U.S. every single day – that’s more than 45 trips each second.

With so many passengers taking rides from that many drivers, it is almost inevitable that not all of those journeys will go smoothly. Accidents and collisions occur regularly, of course, as happens with others who spend a lot of time on the road. But of greater concern is the intentional and criminal conduct by rideshare drivers against their own passengers. Specifically, drivers commit a shocking and unacceptable number of sexual assaults.

This sad fact was laid bare in an 84-page safety report released by Uber in December, which cataloged a range of safety incidents, including attacks and sexual assaults by its drivers. The report revealed that in 2017 and 2018:

Uber’s report is part of its efforts to be more transparent and improve passenger safety after several high-profile incidents involving attacks and assaults by its drivers caused outrage among passengers, legislators, and safety advocates. Such efforts include a tool that sends a rider’s location and relevant information to local police when the passenger uses the emergency button in the Uber app, and revamping its background check policy.

Victims Can Seek Justice and Compensation in a Personal Injury Lawsuit

Notably, Uber also announced that it was eliminating its policy of forcing individuals with sexual assault complaints to participate in mandatory arbitration and sign non-disclosure agreements about their allegations.

This last reform is important as it removes a potential roadblock for sexual assault victims who want to hold Uber and its drivers accountable for the trauma, injuries, and losses that follow such attacks. Victims can file personal injury lawsuits in civil court to seek compensation for the damages they incurred, in addition to whatever criminal consequences the assailants may face.

If You Were Assaulted in a Rideshare/Uber/Lyft Vehicle, Call Sommers Schwartz for a Free Consultation

Sommers Schwartz, a nationally recognized personal injury law firm, works with victims of sexual assault and other acts of violence to help them move forward, fighting to obtain the compensation they need and the justice they deserve. 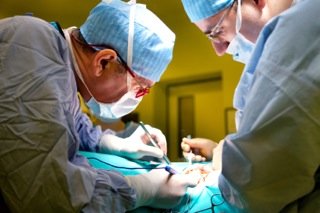