Railroaders work hard and provide a valuable service, but when they’re hurt or killed on the job, recovering damages is often a complicated process.

For a railroad employee, danger is always lurking around the corner. Signal malfunctions, brake failure, defective equipment, poor communication, exposure to dangerous chemicals, and many other unsafe conditions can result in a serious or fatal railroad accident.

The Federal Employers Liability Act (FELA), is the federal statute that protects the rights of railroad employees and their families when a worker is injured or killed on the job. Unlike other types of personal injury claims, FELA actions require special handling by attorneys experienced in these kinds of matters.

Just like an insurance company that’s asked to pay a claim in a motor vehicle crash, the railroad will do what it can to minimize or eliminate its responsibility for the injury that causes harm to the employee and his or her family. When an accident occurs, the railroad’s claims department, lawyers, and officers immediately investigate, each acting in the best interests of the company – not the worker.

As an injured railroad employee, you must remember and understand that the railroad will do everything in its power to prove that the accident was YOUR fault, not theirs, and will spend thousands of dollars and significant time to eliminate its liability for any damages. If the company is successful, you and your family could receive no compensation whatsoever. That’s why you need to protect your interests.

Railroad employees are not covered by any state workers compensation programs if they are injured on the job. To recover damages under the FELA, it is necessary to establish fault on the part of the railroad and prove that the accident was caused in whole or in part from the fault of the officers, agents, or employees of the railroad.

Damages for a work-related railroad injury can include:

Where the employee’s injuries result in death, family members who are financially dependent on the deceased employee may recover loss of economic benefits. If it can be shown that the deceased consciously suffered before his or her death, then additional damages may be recoverable without financial dependency.

Railroad employees are not limited to recovery of damages for injuries caused only by sudden accidents. A railroad employee suffering from an occupational disease related to his or her employment on the railroad may also recover damages under the FELA. Retirees are also covered under the Act if their injuries were sustained during their employment with the railroad. If any occupational diseases or illnesses have occurred as a result of being exposed to chemicals such as diesel exhaust, asbestos, and creosote without proper protection or warning while working for the railroad, the company may be responsible for damages suffered as a result of the exposure.

The railroad injury attorneys at Sommers Schwartz have a long history of handling FELA cases. We’ve obtained favorable outcomes for railroaders and have served as designated counsel for the Brotherhood of Railroad Signalmen and Local 2051 of the Transport Workers Union of America. We understand the perils of railroad work and we know how to take on the railroad companies to recover damages for our clients.

If you work for a railroad in any state and have been injured on the job or as a result of your employment, the law gives you only a limited amount of time to take action. Call us today to learn how we can help.

My 20-year railroad career ended abruptly after I was injured on the job while working in Chicago. I sought legal counsel and was told I didn’t have a case, so I called on Arvin Pearlman to represent me. He is a person of extremely high moral character and I placed my trust in him on a daily basis with no regrets. I was always kept informed and up to date on everything that was going on, and any questions or concerns I had were quickly addressed. Given the opportunity I wouldn’t hesitate to call on him again. I have recommended Arvin to many friends and family members who have used his services with positive outcomes. It has been a pleasure to get to know Arvin and a privilege that I now consider him my friend. 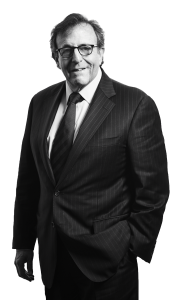