Automobile accidents are unfortunate occurrences in Michigan and across the United States made worse when the accident results in death. The family of a person killed in an accident can file a wrongful death action against the at-fault party and receive compensation.

According to the National Highway Traffic Safety Administration, there were 37,133 fatal accidents in our nation in 2017. Figures from the Michigan Office of Highway Safety Planning and the U.S. Department of Transportation indicate that in that same year, there were 937 fatal accidents and 1,028 deaths in Michigan. In Wayne County, which includes Detroit, there were 145 fatal vehicle accidents during the same period.

Of the fatal crashes in Michigan in 2017:

The most dangerous accidents

Some accidents are more dangerous than others, increasing the odds of death:

Although driving under the influence of alcohol or drugs poses is a significant contributor to deadly motor vehicle crashes, other factors increase the risk, such as:

Recovering compensation for a fatal accident

A spouse, child, or estate of a person killed in an auto accident can file a wrongful death lawsuit to recover damages for the decedent’s death.

The plaintiff must establish negligence, which requires proof that that the at-fault party owed a duty and that violation of that duty caused the death. Evidence supporting a negligence claim can include:

Types of damages, comparative fault, and statute of limitations

Under Michigan’s modified comparative fault rule, any responsibility the decedent had for the accident reduces the estate’s recovery by the percentage of that fault. If the decedent’s fault is found to be greater than 50 percent, the estate cannot recover non-economic damages such as pain and suffering.

There is only a limited amount of time to bring a wrongful death lawsuit. The estate has three years after the accident to file the claim.

After a fatal car accident, injured persons and the estate of those killed in the crash should seek legal counsel. The at-fault party’s insurance company is not on your side and does not have your best interests in mind.

If someone you love died in an automobile accident caused by another party’s negligence, contact the experienced and compassionate lawyers at Sommers Schwartz, P.C. Call us today at (866) 430-5556 for a free consultation and to learn how we will fight for you, your family, and the memory of your loved one. 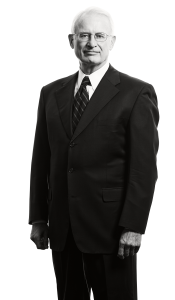